How Not to Fight Antisemitism: IHRA-WDA Report 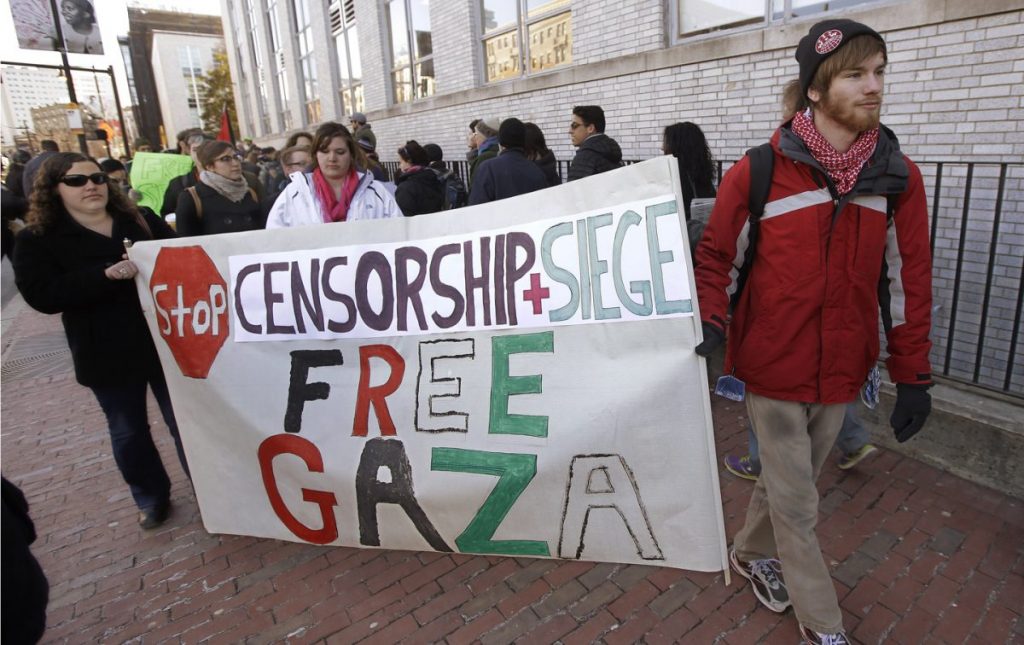 Antisemitism is a form of racism and as such must be opposed on general anti-racist principles, in solidarity with other anti-racist struggles and in concert with the principles of human rights and equality for all. Unfortunately, both the government of Israel and Zionist groups the world over are using society’s legitimate concern about antisemitism to redefine it to include criticism of Israel and the Zionist ideology behind it. Their goal is to suppress — and even criminalize — criticism of Israel and support for Palestinian rights. Indeed, according to a recent survey, almost half of Canadian Jews believe that accusations of antisemitism are “often used to silence legitimate criticism of Israeli policies.”

One of the primary vehicles that Israel and its supporters are using to equate criticism ofIsrael with antisemitism is the International Holocaust Remembrance Alliance Working Definition of Antisemitism (IHRA-WDA). An international campaign is currently underway to have this definition adopted by national and subnational governments and legislatures, as well as by universities and other public institutions.

The IHRA-WDA was originally developed (but never formally adopted) by the European Monitoring Centre on Racism and Xenophobia (EUMC) to provide a common set of guidelines for researchers, agencies and governments monitoring incidents of antisemitism in Europe. It was authored by American attorney Kenneth Stern as a discussion paper and ad hoc guide for researchers and statisticians.

The IHRA adopted Stern’s definition quickly and with no debate. It was subsequently picked up by the government of Israel and other Zionist organizations because it was a handy cudgel — with the imprimatur of the IHRA, an organization whose mandate is Holocaust education and memorialization — with which to beat back criticism of Israel, anti-Zionist and Palestinian rights discourses, and the Boycott, Divestment and Sanctions (BDS) movement. Zionist organizations and their allies are now working to give the IHRA-WDA legal and administrative power, something it was never intended to have and for which it is totally unfit.

In Canada, the Centre for Israel and Jewish Affairs (CIJA) is lobbying to have the IHRA-WDA adopted by all levels of government and included as part of all university codes of conduct. It is also working to “educate” police as to the nature of “the new antisemitism” using the IHRA-WDA.

The IHRA-WDA is a deeply flawed document. It fails to provide an adequate objective standard that can be used to identify antisemitic incidents and/or antisemitic speech. It is insufficiently precise for legal and administrative uses, and its adoption for this purpose by Zionist lobby groups is opportunistic. Even Kenneth Stern has strongly opposed its use as a 2legal or administrative definition of antisemitism. He has warned that such a use will be a threat to both academic freedom and freedom of expression in general.

The actual definition of antisemitism embedded within the IHRA-WDA is so vague and tautological as to be almost meaningless, and it provides virtually no help in deciding if a particular incident is or is not antisemitic. The numerous examples, which make up the bulk of the definition, are poorly crafted from a legal/administrative point of view, as they are completely context-reliant. In the fine print, the IHRA-WDA actually admits that its examples do not describe definitive incidents of antisemitism, just that they might beantisemitism. Unfortunately, the examples are being taken up by advocates for the IHRA-WDA as absolute litmus tests.

Thus, on its own terms, the IHRA-WDA is not fit as a tool to adjudicate whether an incident is or is not antisemitic. It certainly should not be used as the basis of any formal condemnation or sanction. Yet this is precisely what is being proposed and how it is already being used. If the IHRA-WDA is formally adopted, as CIJA urges, those who voice legitimate opposition to Israel’s policies toward the Palestinians will be prevented from speaking or punished if they do speak.

All this should be enough reason to reject the IHRA-WDA for any legal, quasi-legal, or administrative purpose, even if it was being presented as a good faith effort to educate about and fight against antisemitism. But it is not being presented in good faith. Its pro-Israel agenda is clear. Seven of its eleven examples label criticism of Israel or Zionism as antisemitic. CIJA states in its own press releases that adoption of the IHRA-WDA is part of its campaign to fight the “new antisemitism” wherein Zionism is an essential and core Jewish tenet, and trenchant critiques of Israeli policies are motivated by antisemitism rather than a legitimate concern for Palestinians or for human rights.

Ultimately, the IHRA-WDA is a poor definition of antisemitism. The primary goal of those promoting it — and we fear its actual effect if it is adopted — is to ban or criminalize criticism of both Israel and Zionism, along with support for Palestinian rights. As such it represents a threat to the struggle for justice and human rights in Israel-Palestine, as well as to academic freedom, freedom of expression and the right to protest.

Antisemitism is a real problem and must be fought in all its forms. But this is not the way. The fight against antisemitism is inseparable from the struggles against racism, xenophobia and hatred of ethnic and religious groups. The fight against antisemitism must be joined tothe struggle for equality and human rights for all people in Canada, in Israel-Palestine and around the world. We urge readers of this report to join us in opposing the adoption of the IHRA-WDA by Canadian governments, universities, police and other authorities.