Lessons from the Holocaust​ with Suzanne ​Weiss, survivor 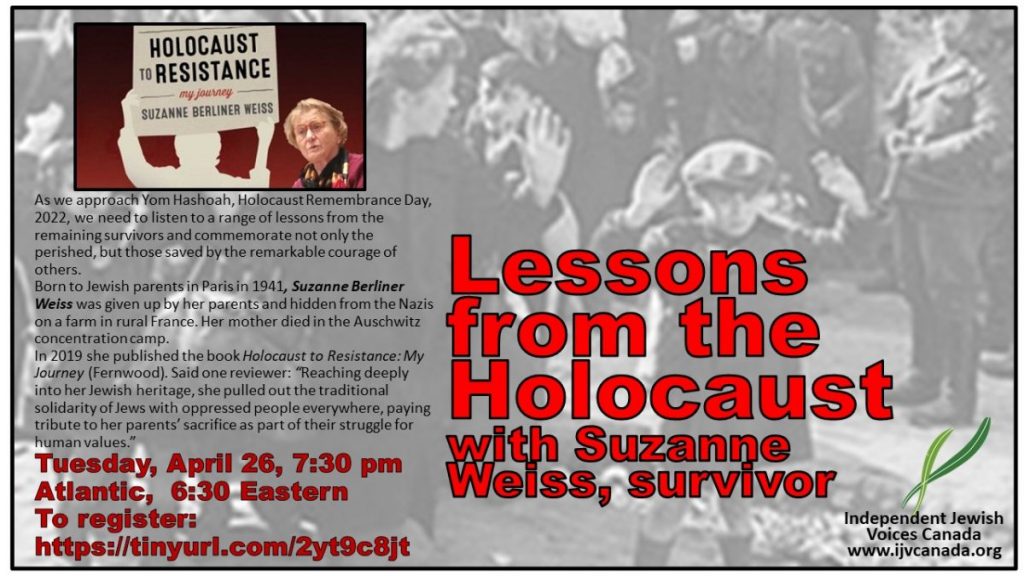 As we approach Yom Hashoah, Holocaust Remembrance Day (April 28 2022), we need to listen to a range of lessons from the remaining survivors and commemorate not only the perished, but those saved by the remarkable courage of others.

Born to Jewish parents in Paris in 1941, Suzanne Berliner Weiss was given up by her parents and hidden from the Nazis on a farm in rural France. Her mother died in the Auschwitz concentration camp.

In 2019 she published the book Holocaust to Resistance: My Journey. Said one reviewer: “Reaching deeply into her Jewish heritage, she pulled out the traditional solidarity of Jews with oppressed people everywhere, paying tribute to her parents’ sacrifice as part of their struggle for human values.”