Action Alert: Antisemitism summit should reject the IHRA, give IJV a seat at the table 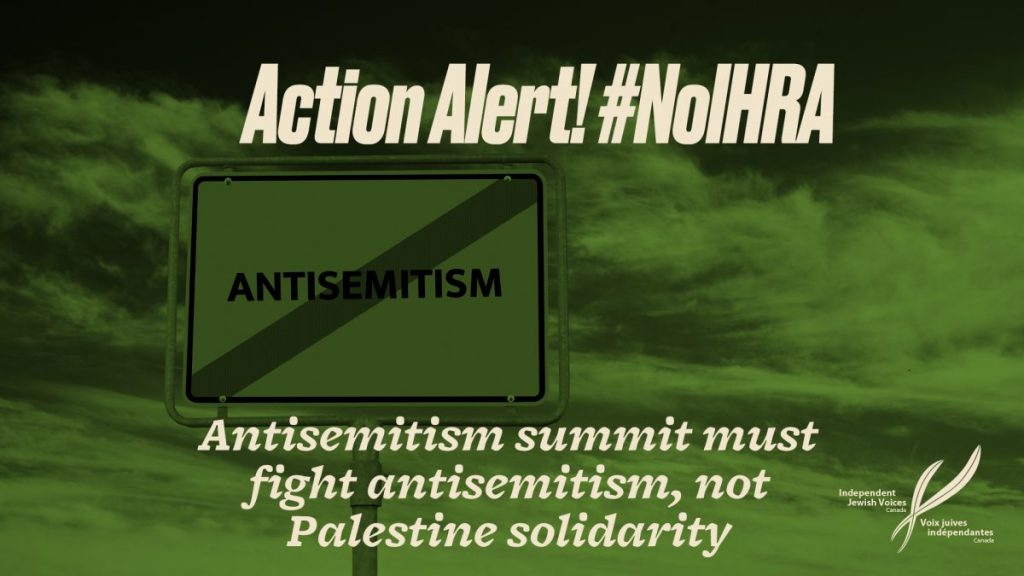 The Canadian government announced that it will be holding an emergency summit on antisemitism this summer. Antisemitism must be fought wherever and whenever it occurs. At the same time, we’ve seen a concerted effort in the last months by pro-Israel lobby groups in Canada to equate antisemitism with the massive Palestine solidarity movement. This false equation must be rejected.

Click the button below to send an email to Irwin Cotler (Canada’s Special Envoy on Combating Antisemitism), concerned Ministers, and your MP. Tell them that the upcoming emergency summit on antisemitism should fight actual antisemitism, but reject the dangerously misleading International Holocaust Remembrance Alliance (IHRA) definition. Tell them that IJV should have a seat at the table at this summit.