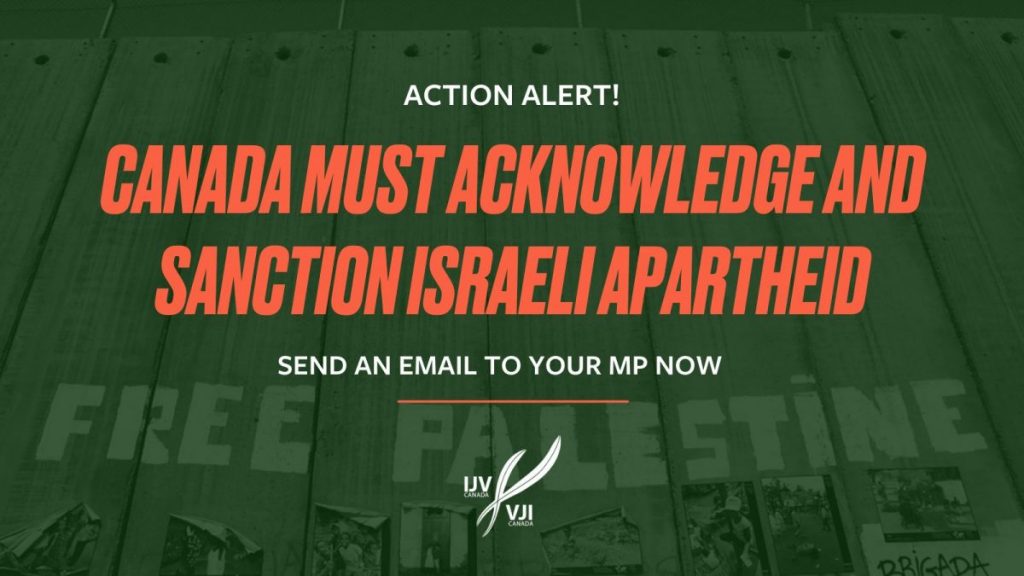 On February 1st, Amnesty International launched a major report which found that Israel is committing the crime against humanity of apartheid, as defined by international law. Amnesty is the third major human rights organization to issue a report coming to this conclusion in just over a year.

The time to act is now. We call on Canadian officials to read Amnesty’s report, acknowledge Israel’s apartheid, and impose sanctions on it until it ends its apartheid practices.