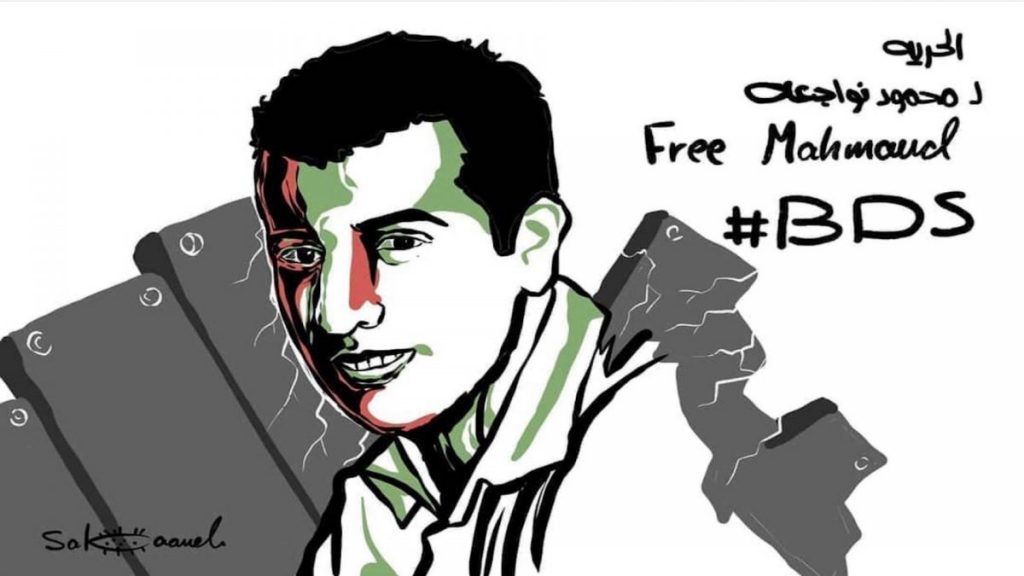 Independent Jewish Voices Canada strongly condemns the arrest of Mahmoud Nawajaa, the General Coordinator of the Palestinian BDS National Committee (BNC), during a night raid carried out by Israeli soldiers at Nawajaa’s home near Ramallah on July 30th.

According to the BNC, and bystander video taken of the incident, tens of Israeli soldiers stormed Nawajaa’s home in the middle of the night, and taking him away from his wife and three young children handcuffed and blindfolded.

Sadly, such attacks against non-violent Boycott, Divestment and Sanctions (BDS) activists, especially Palestinians, have become commonplace in the last few years. While they are terrifying and insidious, they are also a testament to our movement’s power. BDS is winning, and the only option of a desperate Israeli state is to silence the movement.

But rest assured, we will not be silenced!

The BNC in Palestine is calling on BDS activists everywhere to further strengthen BDS campaigning to hold Israel accountable, and for states to impose sanctions. Here in Canada, we encourage our members and supporters to contact Foreign Affairs Minister François-Philippe Champagne and demand that he immediately apply pressure on his Israeli counterparts to release Mahmoud Nawajaa.

Click here to view the full press release from the BNC on Mahmoud Nawajaa’s arrest, and follow the BNC and IJV on social media for further updates.