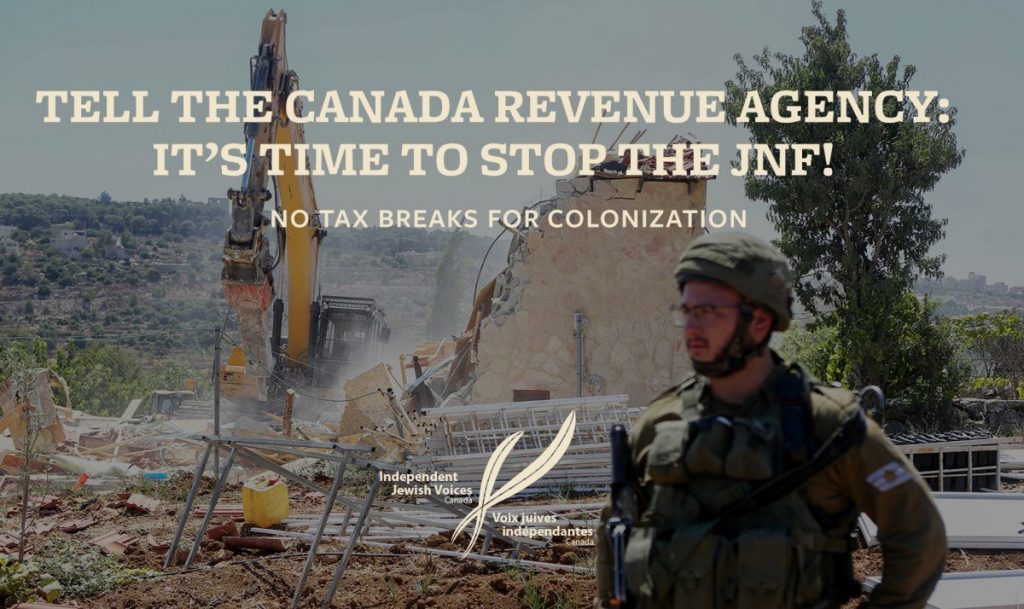 Take action! Click here to send a letter to the CRA

This year marks 120 years since the Jewish National Fund (JNF) was founded in 1901 to raise funds for the colonization of Palestine.

It marks 54 years since JNF Canada was granted charitable status by the Canada Revenue Agency, the same year three Palestinian villages in the occupied West Bank were demolished to make way for the JNF’s “Canada Park”.

And it will mark 4 years since IJV submitted our formal complaint about how the practices of the Jewish National Fund of Canada violates Canadian and international law, and contribute to the ongoing occupation and colonization of Palestinian land.

Join us in calling on the CRA to once and for all take action and revoke the JNF’s charitable status in Canada!