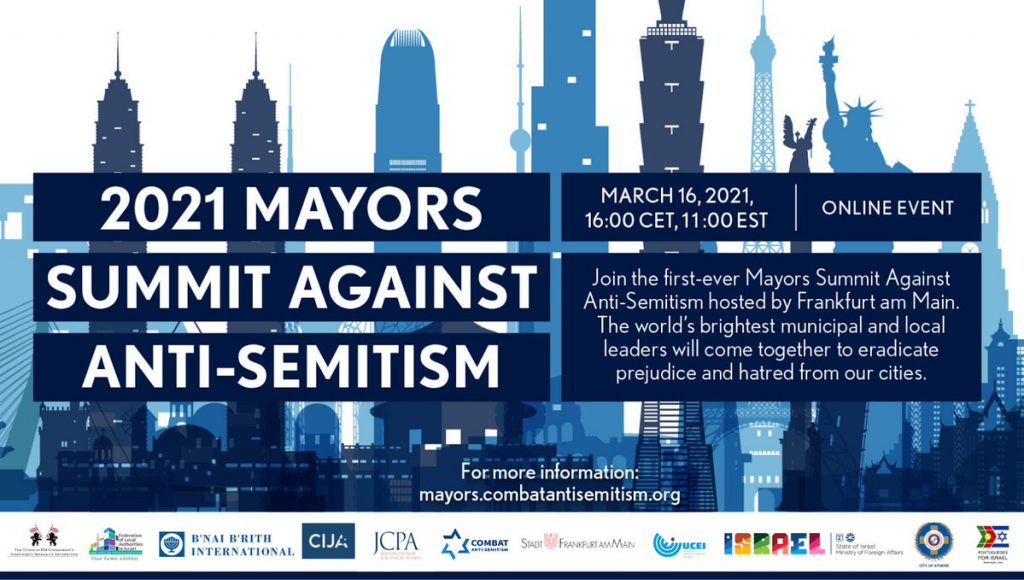 This open letter was written by the International Jewish Collective for Justice in Palestine (IJCJP) in response to a virtual conference of mayors which claims to be convened with the purpose of combating antisemitism, but is being used to promote the IHRA definition of antisemitism.

You may already have received an invitation addressed to mayors from all over the world to a digital summit against antisemitism organized by the Frankfurt, Germany, municipality and scheduled for March 16.

As Jewish individuals and organizations across the world committed to challenging all forms of racism, antisemitism and Islamophobia, we would like to inform you about the real purpose of this invitation.

One of the panels will address the International Holocaust Remembrance Alliance (IHRA) working definition of antisemitism, which includes several examples that equate criticism of Israel with antisemitism. This definition is being used worldwide as a tool to assert that criticism of Israel is inherently antisemitic, and to shut down local initiatives by many communities that are resolutely opposed to Israel’s human rights violations. As with any other country, Israel’s actions can and must be criticized. The IHRA definition’s advocates say that Israel is being unfairly singled out. However, it is this definition that singles out Israel by claiming that criticizing its violations of international law and human rights, especially Palestinian rights, is antisemitic rather than a requirement of global leadership. The IHRA definition is opposed in many countries, including by many Jewish associations and individuals.

This meeting, therefore, is not genuinely made with the intention of combating antisemitism. It is no accident that one of the partners to this event is the Israeli Ministry of Foreign Affairs.

You will be asked to support this IHRA definition. Instead, we appeal to your political and moral integrity to reject it and encourage you to join the collective struggle against racism, antisemitism, and Islamophobia.

We urge you to make your positions of principle known. Should you wish to discuss the matter with us, we will be happy to provide you with any additional information you may require.

International Jewish Collective for Justice in Palestine, consisting of groups and individuals in 14 countries across the globe

Jews Against the Occupation, Sydney, Australia

Jewish Voice for a Just Peace in the Middle East, Germany

Boycott from Within, Israel

Atlanta and Chicago chapters, Jewish Voice for Peace, US

Jewish Voice for Peace, US