TELL YOUR MP: SIGN THE PLEDGE TO OPPOSE ISRAELI ANNEXATION 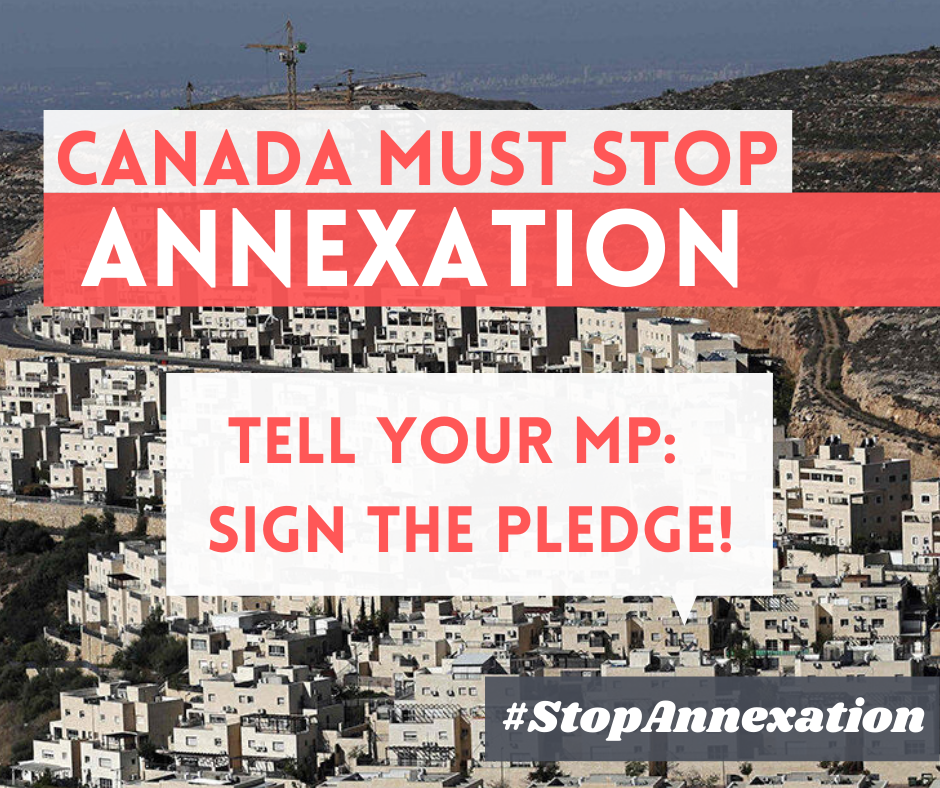 As July 1st draws closer, the Canadian government has been mostly quiet about Israel’s potential annexation of large parts of the West Bank. This despite the fact that a recent EKOS poll co-sponsored by IJV found that 74% of Canadians oppose this horrible plan, and 42% support imposing sanctions if Israel goes ahead with it.

In an attempt to avert the injustice of Israel’s annexation of additional Palestinian land, IJV is teaming up with Canadians for Justice and Peace in the Middle East, the United Church of Canada, the Canadian Labour Congress and the Mennonite Central Committee to ask MPs to sign a pledge urging the Canadian government to take action on annexation. Can you help us convince your MP to sign the pledge?

Click here to send an email to your MP

In addition to applying political pressure to stop annexation, a growing grassroots movement is mobilizing for a series of public demonstrations over the coming weeks in several Canadian cities against Israeli annexation. Here is a non-exhaustive list of upcoming demonstrations against annexation happening in Canada: