An Army Like No Other: Webinar with Haim Bresheeth-Zabner 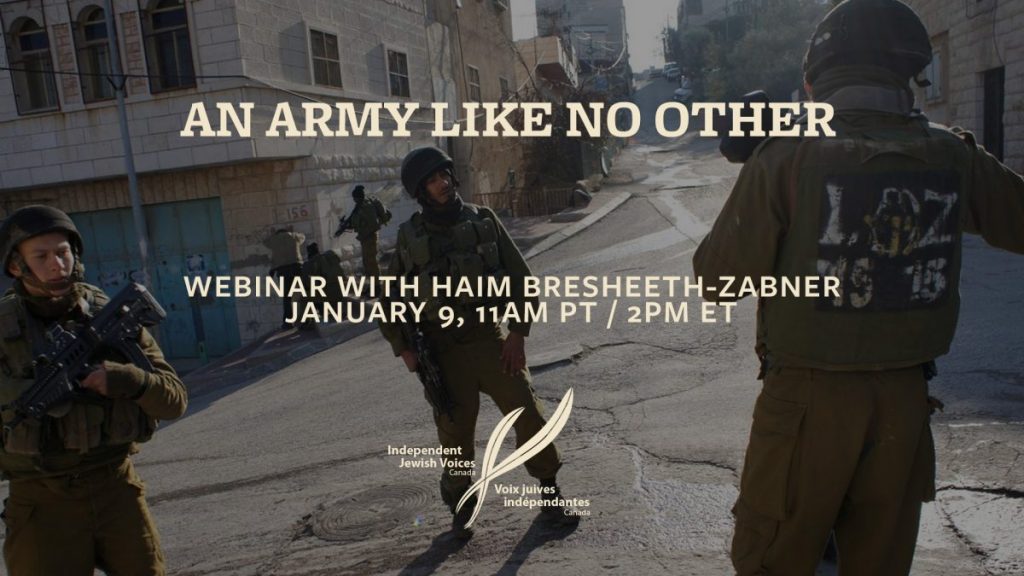 An Army Like No Other: How the Israeli Defence Forces Made a Nation

The Israel Defence Forces (IDF) was established in 1948 by David Ben-Gurion, Israel’s first prime minister, who believed that “the whole nation is the army”. In his mind, the IDF was to be an army like no other. It was the instrument that might transform a diverse population into a new people.

In an insightful new history of the IDF, An Army Like No Other: How the Israel Defense Forces Made a Nation, Israeli author Haim Bresheeth-Zabner argues that the state of Israel has been formed out of its wars. He also gives an account of his own experiences as a young conscript during the 1967 war, and shows how the IDF has used its military and scientific advantage at the expense of indigenous Palestinians and other perceived enemies.

Professor Haim Bresheeth-Zabner is a Filmmaker, Photographer, Film Studies Scholar, and Professorial Research Associate at the School of Oriental and African Studies (SOAS). He is the editor of The Gulf War and the New World Order, (with Nira Yuval-Davis), and the author of The Holocaust for Beginners (with Stuart Hood). His most recent book is, An Army Like No Other: How the Israel Defense Forces Made a Nation.

Judith Deutsch is a psychoanalyst in Toronto. She has written many articles for the public, including on the military and Israel, the military and climate change, and nuclear weapons. Her work was featured at the Gaza Community Health Programme/World Health Organization “Bridges not Walls” meeting shortly before Operation Cast Lead.

Lia Tarachansky is an Israeli-Canadian, Soviet-born journalist and filmmaker. She has directed and produced several films about the impact of Zionism on the most marginalized in Palestine/Israel. Her work can be seen on www.liatarachansky.com and www.naretivproductions.com. She is currently pursuing a PhD in Media Studies at Toronto’s York University.

This event is organized by the IJV Anti-militarism Working Group in collaboration with Independent Jewish Voices Canada.