Another Israeli Wrestles With Zionism 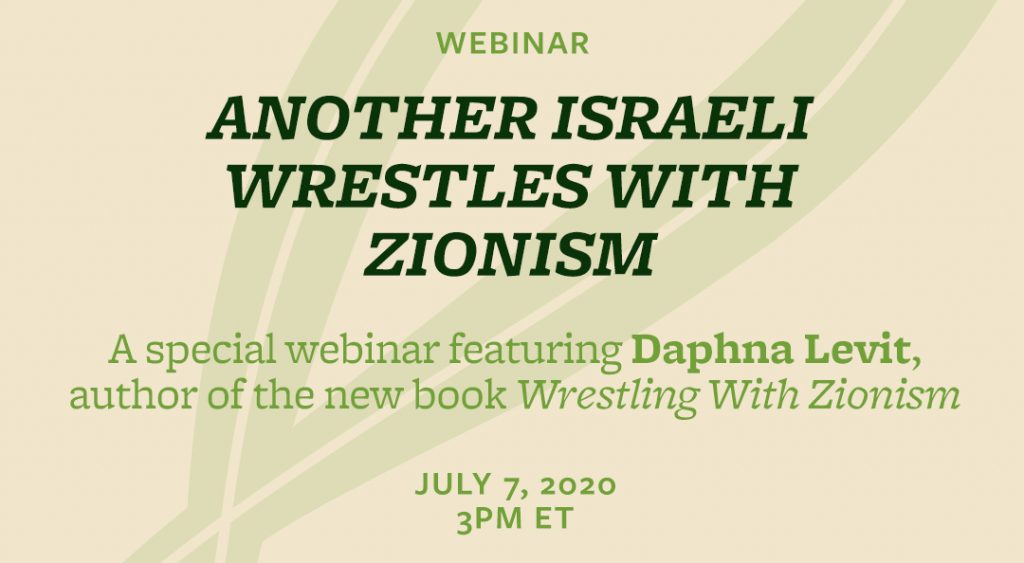 Join us for a webinar with author Daphna Levit on her new book Wrestling With Zionism on Tuesday, July 7th at 3pm EDT.

The book is written by an Israeli about the long tradition of dissent against Zionism by Jewish and Israeli thinkers. While protests to the strident nationalist policies of the State of Israel are increasingly heard, they are rarely presented as one broad evolution. This very recently published book actually draws on the historical diversity of dissent that commenced with the inception of Zionism in the 19th century.

Daphna Levit was born in Israel, served in the army, and studied at Tel Aviv University. She received a scholarship to study comparative (Japanese) literature at Indiana University and conducted Ph.D. research in Japan on a U.S./Japan Friendship Commission grant on literature written by survivors of the A-Bomb. She also has graduate degrees in finance (MBA) and East Asian studies (MA in economics) from Cornell University and worked as a financial analyst in Japan, London, and New York at Merrill Lynch (senior analyst), Morgan Stanley (vice president and head of Japan Desk) and Barings (senior vice president, head of Asia Desk, and Israel investment strategy coordinator). She has contributed numerous articles in both Hebrew and English to various publications such as Ha’aretz and The Other Israel and co-authored an earlier book:  Israeli Rejectionism: A Hidden Agenda in the Middle East Peace Process (2011). She was active in Gush Shalom, B’tselem, Windows, Physicians for Human Rights, Makhsom Watch, Ta’ayush, and other peace organizations. She currently lives and teaches courses at academic institutions in Nova Scotia.