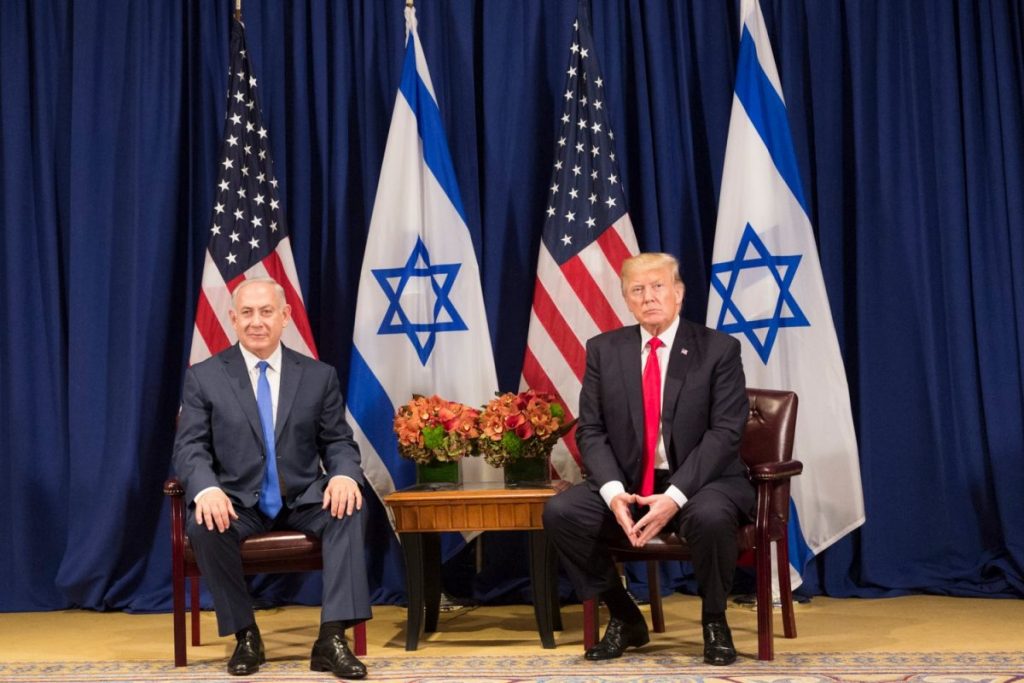 On January 28, 2020, US President Donald Trump unveiled his “peace” plan for Israel-Palestine alongside Israeli Prime Minister Benjamin Netanyahu. Notably absent alongside these two embattled leaders, fighting to hang on to their damaged political careers, was any of the Palestinian leadership. This is simply because the disastrous plan that Trump has touted as the “Deal of the Century” is being seen by much of the world for what it really represents – the “Steal of the Century”. Trump’s new plan is a significant shift from previous American foreign policy in the region, and a slap in the face of international law.

Independent Jewish Voices Canada condemns this ill-fated plan in no uncertain terms. We stand with the Palestinian people who are taking to the streets in the thousands, both in Palestine and throughout the world, to denounce what many have called Trump’s “apartheid plan”. Moreover, we call on the Canadian government and Foreign Minister François-Philippe Champagne to unequivocally denounce this plan, and instead to remind Trump, Netanyahu, and the international community of their responsibilities to follow the principles of international law and justice.

There has never been a better time for BDS

While the Trump plan could represent a disastrous turn for any chance of peace and justice in Israel-Palestine, for us it means staying the course, digging in our heels, and continuing the work we’re already doing.

IJV was the first national Jewish organization in Canada to endorse the Palestinian campaign of boycotts, divestments, and sanctions (BDS). Trump’s plan is a stark reminder of the importance of BDS at this critical juncture.

It is worth recalling the main demands of the BDS campaign, and how they relate to Trump’s apartheid plan:

1.Ending the Israeli occupation and colonization of all Arab lands and dismantling the wall

Trump’s plan proposes that Israeli settlement blocs inside the occupied West Bank remain under Israeli control; that Jerusalem be Israel’s “undivided” capital; and that some form of a Palestinian state also be created, albeit with limited sovereignty.

The Israeli occupation of the Gaza Strip and the West Bank is the longest military occupation in modern history. Trump’s position to suddenly view the Israeli settlements in the West Bank as legal under international law is a complete reversal of previous American foreign policy, and patently dangerous. The path towards a just peace in the region must include dismantling Israeli settlements, ending the occupation, and tearing down the inhumane wall.

2. Recognizing the fundamental rights of Arab-Palestinian citizens of Israel to full equality

Trump’s plan suggests stripping nearly 250 000 Palestinian citizens of Israel of their citizenship, and transfering them to a future Palestinian state. The mayor of Tayibe (one such Israeli town slated for a population transfer), Shuaa Massarweh Mansour, stated in no uncertain terms, “There will not be another Nakba (the Arabic word for ”catastrophe,” referring to the ethnic cleansing of Palestine during the war of 1948).

3. Respecting, protecting, and promoting the rights of Palestinian refugees to return to their homes and properties as stipulated in UN Resolution 194

Trump’s plan will effectively put an end to one of the central tenets of the Palestinian struggle: the right of return for all Palestinian refugees ethnically cleansed by Israel from 1948 onwards. The plan lays it out in a blunt and cruel fashion: “The Israeli-Palestinian Peace Agreement shall provide for a complete end and release of any and all claims relating to refugee or immigration status. There shall be no right of return by, or absorption of, any Palestinian refugee into the State of Israel.”

We know that there can be no just peace in Israel-Palestine until all refugees are allowed the right to return home.

IJV invites all people of good conscience to join us in BDS actions, and resisting this plan with all our hearts and energies.