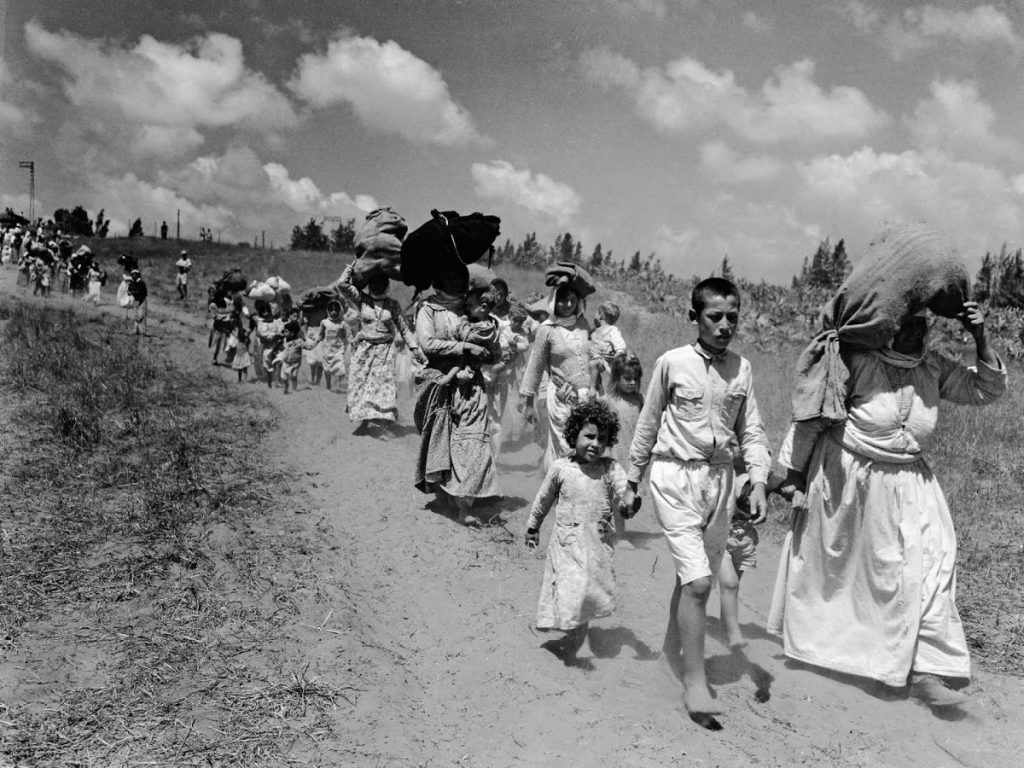 On November 28th at 7:30pm ET, Independent Jewish Voices (IJV) and Cinema Politica warmly welcome you to a film screening of Deir Yassin Remembered, followed by a discussion with director and IJV member b.h. Yael.

Deir Yassin Remembered, 28 minutes, considers the repercussions of a largely forgotten massacre of approximately 100 Palestinians in 1948. The massacre at Deir Yassin was pivotal to Palestinian dispossession. Though Deir Yassin has been partially acknowledged by Israelis, many other massacres of the time have not. The video not only gives an account of what happened at Deir Yassin, but also argues for the need of acknowledgement of the ongoing Nakba and for commemoration.

Deir Yassin Remembered is one of three videos in a series titled Palestine Trilogy that present Palestinian, Israeli and International activists who work together in various groups and projects that attempt to address the historic and contemporary repercussions of Israel’s occupation and colonization of land.  These are but a few of the many activists who work, and who are not often represented in mainstream media images.

b.h. Yael is an Israeli born Canadian filmmaker and installation artist based in Toronto. She is Professor of Integrated Media at OCAD University and teaches in the Art & Social Change minor as well. Yael’s films and installations have dealt with the many intersections of identity and family; they have focused on activist initiatives in Palestine/Israel; as well as apocalypse, geopolitical and environmental urgencies. Yael is an enthusiastic member of Independent Jewish Voices.