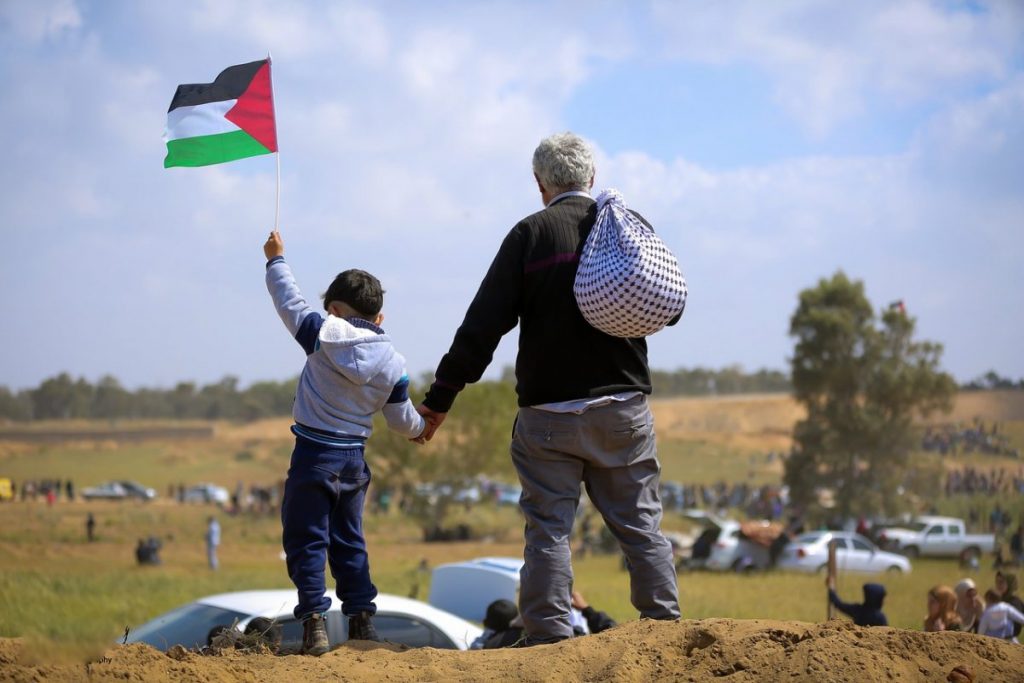 Independent Jewish Voices Canada applauds members of the New Democratic Party (NDP) who voted by an overwhelming majority at the party’s convention Saturday to support a resolution calling for an end to the illegal Israeli occupation of Palestinian land. The resolution (known as “resolution 04-10-20”) also makes it NDP policy to end all trade and economic cooperation with illegal settlements in Israel-Palestine, and suspend all bilateral arms trading with Israel. The resolution was endorsed by IJV, along with a broad array of NDP MPs, faith organizations, community groups and labour unions.

“This resolution comes at a critical time in which  Canada is in need of a clear vision to promote peace and justice in the Middle East,” says Corey Balsam, IJV’s national coordinator. “Following Israel’s most recent election last month, and an even further swing towards a far-right government in the Knesset, there is no end in sight for Israel’s illegal occupation of the Palestinian territory. Given this stalemate, the international community must rise to the occasion and do more to support Palestinian human rights. This resolution is a positive step in the direction of finally holding Israel accountable for decades of impunity.”

The adoption of this resolution marks one of the most progressive positions on Palestine adopted by a major political party in Canada. Recent opinion polls have shown that the majority of Canadians want to see more Canadian support for Palestinian human rights. This is especially true of NDP members. The fact that this resolution garnered such widespread support should send a message to all Canadian parties that it’s time to adopt stronger policies to hold Israel accountable for its violations of international law.

At the same time, IJV is disappointed that the resolution to oppose the deeply flawed International Holocaust Remembrance Alliance (IHRA) antisemitism definition (resolution 04-11-20) did not make it to the virtual floor, despite being prioritized highly by delegates. IJV had also endorsed this resolution, along with over 45 Electoral District Associations (EDAs). The resolution would have pushed the NDP to take stronger measures to fight antisemitism, while rejecting the IHRA’s conflation of antisemitism with legitimate protest of Israel and Zionism.

“The IHRA antisemitism definition explicitly mentions Israel in 7 out of its 11 examples but fails to mention white supremacy even once. That alone should make you question the definition,” says Sam Hersh, a delegate at the convention and member of IJV. “Passing this resolution would have been an important step to reflect the party’s anti-racist values.”

IJV has been involved in a large campaign to oppose the IHRA definition for several years because of the necessity to protect space for debate and activism on Palestine human rights issues. In that sense, the Palestine Resolution is exactly what we need – humane & compassionate policy that stems from grassroots anti-racist activism and international solidarity.

“Regardless of the IHRA resolution being passed or not, the fact that it got so much support from within the party should send a clear message to NDP leader Jagmeet Singh,” explains Corey Balsam. “Singh has offered his support in the past for the IHRA definition, but that is simply out of step with the rank and file of his own party.”

The controversial IHRA definition has so far been adopted as part of the federal government’s anti-racism strategy, by several suburban municipalities in Ontario and Quebec, and by an anti-democratic Order in Council in Ontario last October. City councils in Vancouver, Calgary and Montreal have rejected it.

“Passing the Palestine Resolution was an important first step,” continues Sam Hersh. “The coming months and years need to see a strong push from the NDP, and hopefully all other parties, to make sure that Palestinians are finally offered the justice and dignity they deserve.”