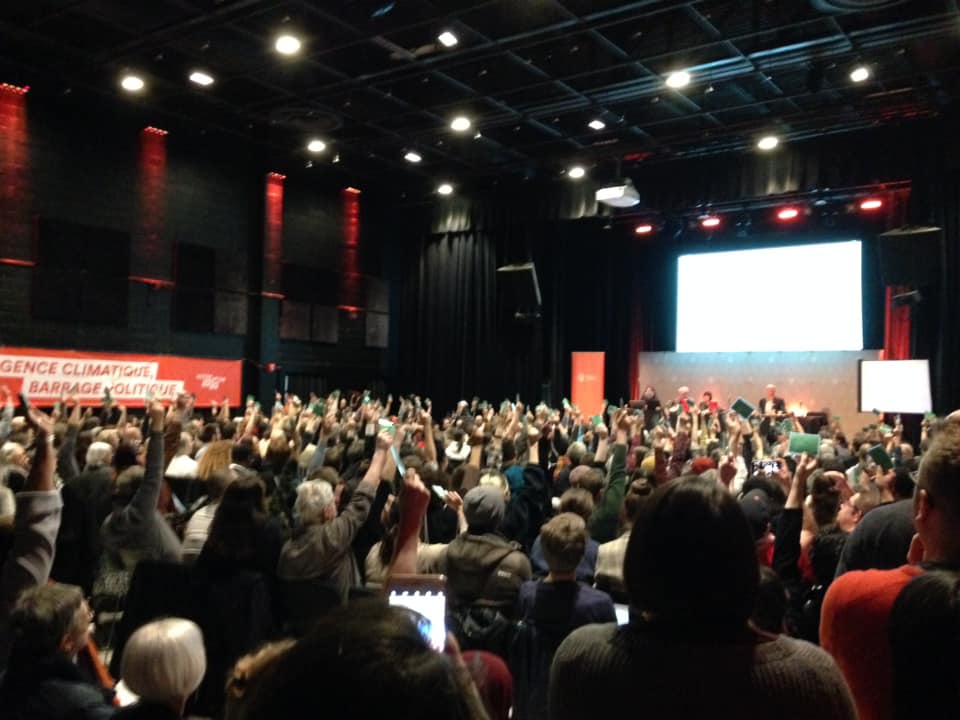 Quebec City—At a historic meeting of Québec Solidaire’s National
Council this weekend, delegates voted overwhelmingly to break with the
outdated recommendations of Bouchard-Taylor. Instead they favoured
“Option B” which places no limitations on employment for wearing
religious symbols. This policy decision puts Québec Solidaire in
compliance with important tenants of universal human rights and
freedoms to which Independent Jewish Voices (IJV) adheres. These
rights include guarantees to dignity, security, justice and gainful
employment.

“We wish to congratulate Québec Solidaire members for their vigorous
internal discussion and the final decision to reject any policy that
would limit Quebecers’ rights based on the personal expression of
religion, culture or self-expression,” said Fabienne Presentey, Québec
spokesperson for Independent Jewish Voices. “We feel now is the time
to reinforce the positive inclusionary history of Québec.”
While discussion around a ban on religious symbols has been very
theoretical, IJV points out that Muslims and those perceived to be
Muslim would be the most impacted, with Muslim women suffering the
most.  IJV opposition to state-sanctioned dress code is therefore
upholding both a basic democratic principle and taking a pragmatic
stance against the rising tide of Islamophobia.

The Québec Solidaire vote follows in the wake of the Coalition Avenir
Québec (CAQ) government’s promise to implement a religious symbol ban
that goes even further than the rejected proposals of Bouchard-Taylor.
In it, the CAQ vows to use the notwithstanding clause to block the
hiring of people in religious garb from both positions of authority
and certain service providers, including teachers, and principals. Yet
IJV remains optimistic.

“In the shadow of the CAQ’s disappointing gift to far-right groups,
the vision of a free and open Québec put forward by Québec Solidaire
offers a path forward for all citizens who reject the politics of
division,” said Presentey. “We encourage all political parties to
follow the same approach.”

Independent Jewish Voices Canada (IJV) is a non-partisan grassroots
organization grounded in Jewish tradition that advocates for a just
peace in Israel-Palestine and social justice at home. IJV has active
chapters in most major cities and on university campuses across
Canada, including Québec.