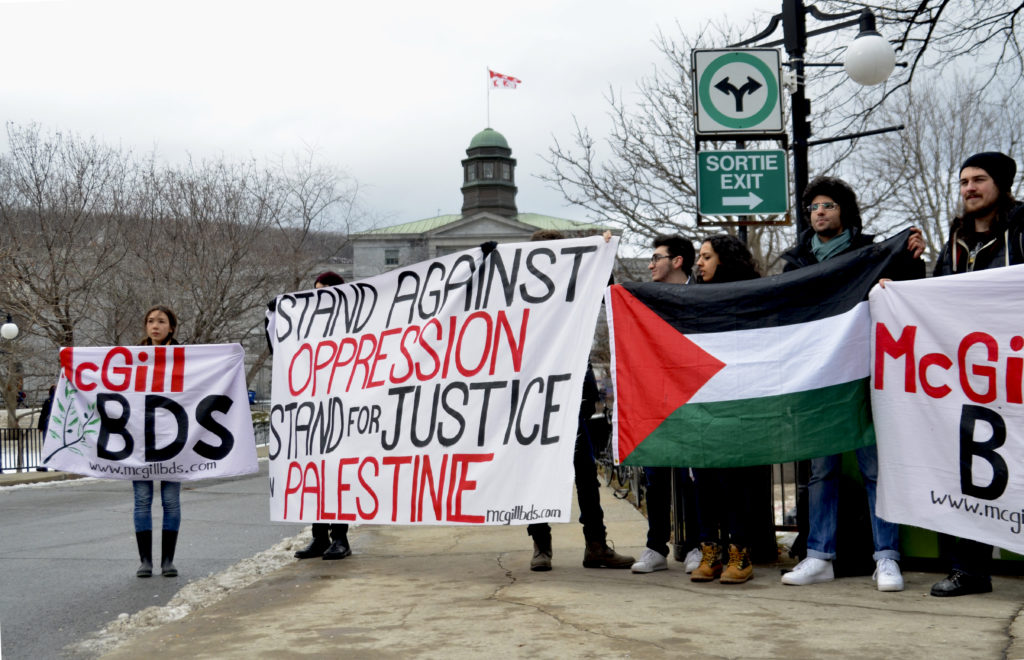 SSMU has come under harsh criticism for censuring a student leader for accepting an all-expenses-paid trip to Israel-Palestine. While one student, Jordyn Wright, claims that she was singled out for accepting the trip invitation simply because she is Jewish, we stand by the SSMU in affirming the fact that the motion censuring Wright had nothing to do with her Jewish identity, but rather the fact that she was in contravention of the SSMU’s own conflict of interest policy for accepting a gift worth over $50 in monetary value. The reason she was the only person named in the SSMU’s motion is because she was the only person who accepted the trip who was both on the SSMU Legislative Council and Board of Directors. The motion originally included Adin Chan, the only other councillor who sits on both bodies, but he withdrew from the trip a few days before the Legislative Council took the vote.

“IJV firmly stands against any and all acts of antisemitism wherever they may appear, but sadly this is another example of pro-Israel groups using the red herring argument that anything that might hurt the reputation of Israel on campus is by extension antisemitic,” says Aaron Lakoff, a member of IJV. “Not only do false claims of antisemitism in this case hurt Palestinian students and their allies at McGill, but they also serve to put Jewish students at risk by weakening our ability to recognize actual acts of antisemitsm when they do occur. This is why IJV is campaigning against the International Holocaust Rememberance Association’s (IHRA) redefinition of antisemitism, which serves to conflate legitimate criticism of Israeli state policy with anti-Jewish hatred.”

IJV applauds the dozen or so McGill student leaders who decided to turn down the all-expenses paid trip. Organized by Hillel Montreal, the trip would have brought McGill students on a “once in a lifetime” delegation to Israel-Palestine from December 29 to January 8. In the words of Hillel, it was intended to be an “intensive experiential seminar that will explore the region’s deep history and grapple with nuanced political and religious realities”. The actual purpose of the trip seems to have been left intentionally vague in the Hillel invitation, but according to the McGill Daily, one executive of the SSMU claims that a Hillel representative offered the junkets as “a free trip to Israel so [they] could better understand the context of the Boycott, Divestment, and Sanctions (BDS) movement and educate others on campus [against it]”.

“Such trips have been a common tactic deployed in recent years by pro-Israel student groups with the goal of combatting Palestine solidarity activism and dissuading student associations from passing BDS resolutions,” adds Lakoff. “While claiming to expose students to both sides of the Israel-Palestine debate, these Hillel-organized junkets clearly privilege narratives in favour of the Israeli occupation and colonization. At the same time, they seek to delegitimize BDS, a grassroots movement with widespread support among Palestinians living under occupation, in Israel and in exile.”

Hillel chapters in the USA have organized over 40 similar student trips to Israel between 2014 and 2018. In the USA, these trips have been funded by the Maccabee Task Force, a conservative group intent on stopping BDS initiatives on campuses.

“There is nothing innocent about these trips to Israel, a country that continues to thumb its nose at international law with the longest-running military occupation in modern history, and regular massacres of unarmed civilians,” said Lakoff. “Even as Hillel’s invitations were going out to McGill students over the fall, Israeli occupation forces killed over 30 people in Gaza, including several children.”

IJV and its student chapters will continue to work with all students who seek an end to Israeli occupation and colonization in Palestine. “We strongly encourage student leaders to refuse such trips to Israel in the future,” concluded Lakoff.