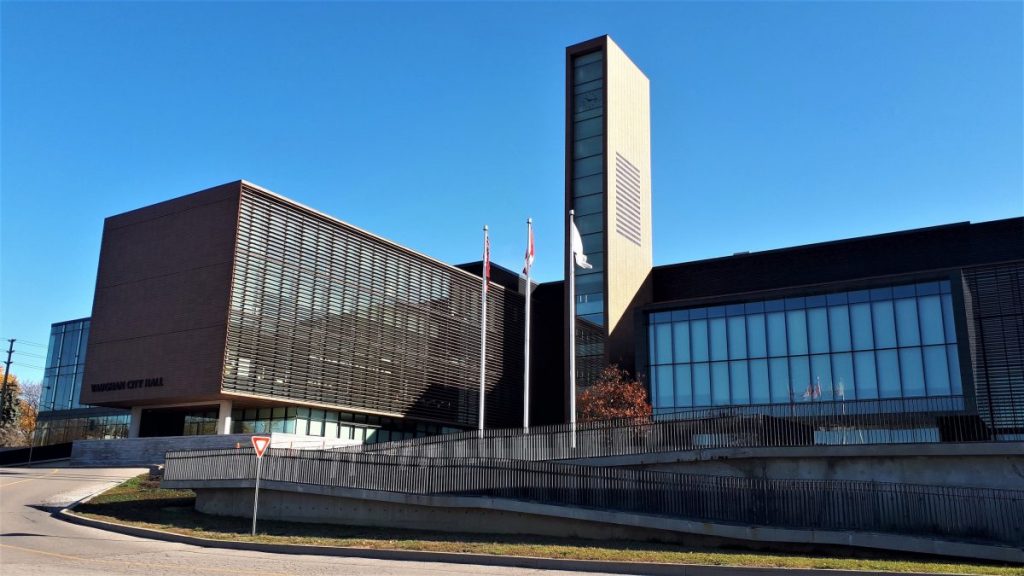 Vaughan Secondary School was named after Benjamin Vaughan, revealed recently to have been an 18th-century slave owner. The Black community lobbied to have the name changed and a survey was conducted last November among members of the school community and local citizens to find a replacement name.

Among the names proposed was Hodan Nalayeh, a Somali-Canadian journalist and former York Region resident killed in a 2019 attack by al-Shabaab on a hotel in Somalia. Another name suggested was Jewish Holocaust survivor and writer Elie Wiesel.

Nalayeh received a clear majority of the votes, nearly doubling those of the runner-up, Wiesel.

A painful clash erupted when a school board trustee, David Sherman, touting Wiesel, questioned the methods of the public consultation and accused the African-Canadian National Coalition Against Hate, Oppression and Racism (ANCHOR) of antisemitism, suggesting that they had rejected Holocaust survivors.

Shernett Martin of ANCHOR stated “To publicly state that we are antisemitic is vulgar language and we take offense to it…It is not only hurtful and hateful, it was a blatant lie. We are still waiting for a public apology…What you did, Mr. Sherman, is beneath the role and dignity of a public school trustee.” Martin also said “The audacity of privilege is on full display here. Rather than Trustee Sherman and the Jewish community working with the Black community to support our efforts to honour the life of Hodan Nalayeh.”

For his part, Sherman tweeted, “Shame on those who call this ‘Jewish privilege.’ Jewish voices count.”

Sherman later put forward another name of a Black Canadian, that of Mary Ann Shadd, a 19th century anti-slavery activist. But this appears disingenuous, given the community support for Nalayah. Did Sherman do this as a backhanded attempt to remove a Muslim woman from the running? In any case, Sherman was overruled by his colleagues on the school board.

The affected Jewish community appears divided on the issue, with some supporting Sherman and others distancing themselves from him. Indeed, the board of directors of Reform Jewish Congregation Kol Ami, located near the school, wrote “We offer our partnership to the African-Canadian community in Vaughan in the continued project of vanquishing racism and hatred in all its forms and ask its partnership in dispelling any rhetoric that would increase tensions between our communities.”

Independent Jewish Voices deplores the actions of David Sherman and those who have supported him. One local rabbi, Daniel Korobkin, has pointed out that the choice of an African-Canadian in redress for the school’s naming after a slave-owner is only appropriate. We agree, especially given the overwhelming community support for that name.

The Vaughan incident is all the more alarming given a recent report by the Toronto District School Board (immediately to the south of York Region) that anti-Black racism had risen precipitously in the last two years.

Moreover, the promiscuous use of the term ‘antisemitic’ is particularly despicable. All too often, Jewish communities drop ‘the A-Bomb’ (the accusation of antisemitism) at the barest perception of a slight. Sherman’s comments have not only done grievous harm to relations between Blacks and Jews, they have dishonoured the Jewish community. We call on Sherman to resign his trustee position.