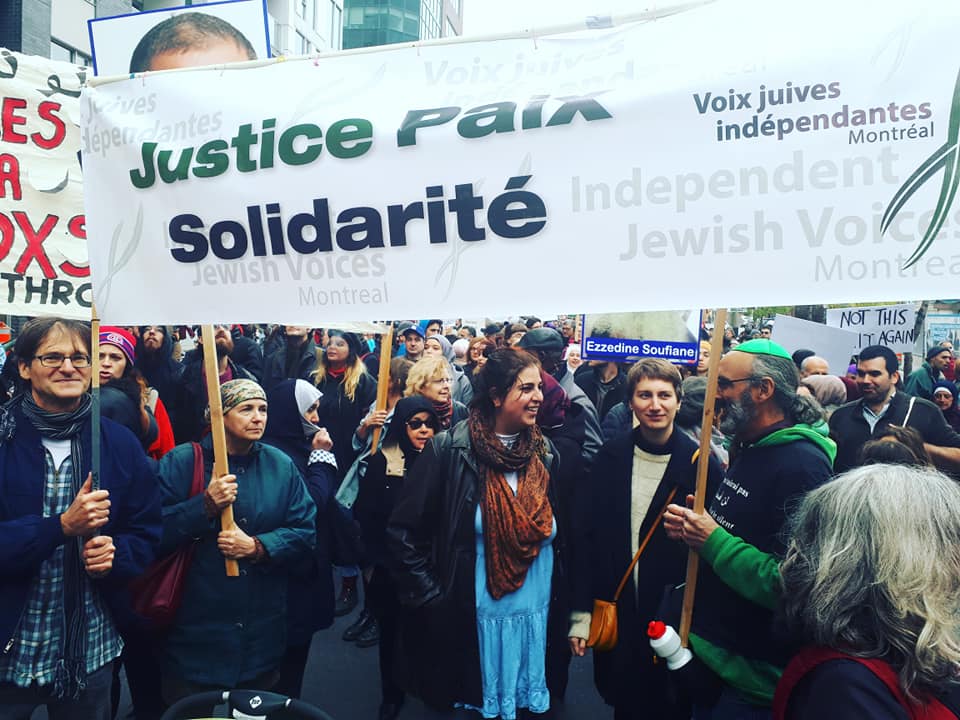 TORONTO—Independent Jewish Voices Canada (IJV) is experiencing major growth as it celebrates its tenth anniversary this weekend with a conference, celebration and general members meeting in Toronto.

The event, IJV: 10 Years of Solidarity for Justice in Palestine, is taking place Friday to Sunday, October 12-14, at Beverley Halls SPK featuring panels, workshops and a festive celebration with Toronto-based klezmer band the Jewstice League. Speakers include Palestinian-Canadian lawyer Diana Buttu, Executive Director of US-based Jewish Voice for Peace Rebecca Vilkomerson, Hannah Gold of UK group Jewdas, and many others.

Organizers expect close to 200 attendees from across the country to participate. The Friday and Saturday of the conference are open to the public, whereas the Sunday Annual Members Meeting is for members only.

“IJV has a much to celebrate,” said Corey Balsam, IJV National Coordinator and opening night speaker on the panel about shifts in Jewish communal opinions regarding Israel-Palestine. “Going into last school year we had campus groups at just two universities,” said Balsam. “This year we have a presence on eight. And that’s on top of chapters in virtually all major Canadian cities.”

IJV was founded in 2008 to provide a national platform for Canadian Jews to voice their support for a just peace in Israel-Palestine. It has been sharply critical both of Israeli government policies and of the Jewish-Canadian communal organizations who defend them.

“Judging by the positions of Jewish establishment organizations, several of whom double as Israel lobby groups, it may seem as though there is a consensus in the Canadian Jewish community behind Israel, right or wrong,” continued Balsam. “In reality, nothing could be farther from the truth.”

“More and more Canadian Jews are feeling the need to speak out against the mounting injustices committed by the Israeli government against the Palestinians,” said Balsam. “With every new settlement, every new racist law, and every new round of protesters killed, staying silent has become less and less of an option.”