IJV Webinar: What’s wrong with the IHRA re-definition of antisemitism? 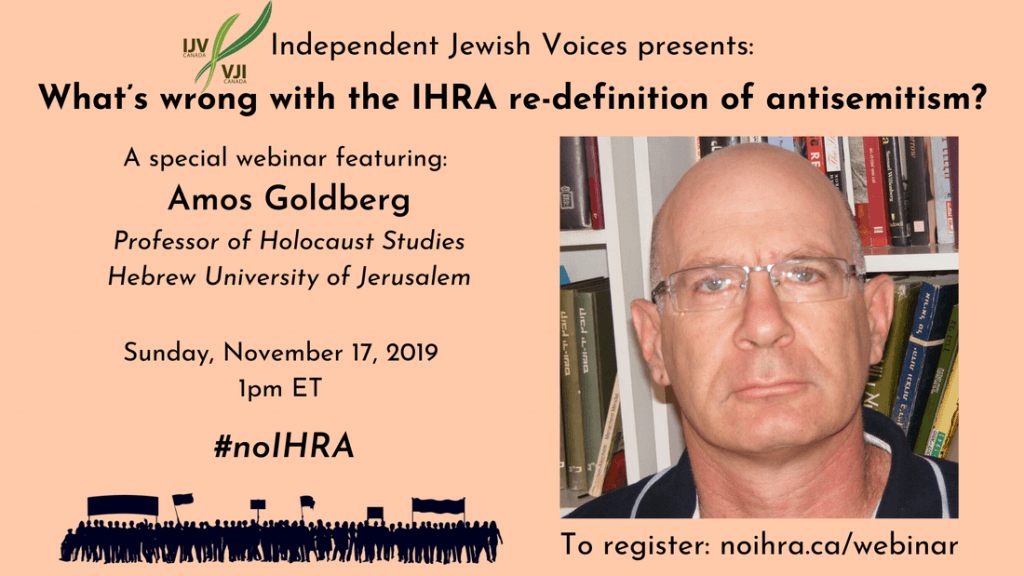 The International Holocaust Remembrance Alliance (IHRA) definition of antisemitism has recently been adopted by the Liberal government as part of its so-called “Antiracism strategy.”
​
Why the big push for a new definition? And why are so many human rights and civil liberties organizations objecting to it?

Prof. Amos Goldberg will take a critical look at the IHRA definition of antisemitism and survey the ways it has been used to silence legitimate criticism of Israel.

Amos Goldberg is a Professor of Holocaust Studies at the Hebrew University of Jerusalem. He was one of the initiators of an open letter signed by 240 Israeli and Jewish scholars calling the German Bundestag not to accept the motion equating BDS to antisemitism. Among his recent publications is his coedited book with Bashir Bashir, “The Holocaust and the Nakba: A New Grammar of Trauma and History” (Columbia UP 2018) and “Trauma in First Person: Diary Writing During the Holocaust” (Indiana UP 2017).