IJV Statement on the Shootings in Hanau, Germany 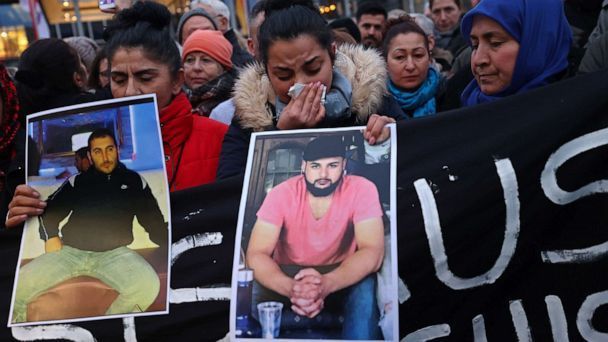 Independent Jewish Voices Canada is shocked and horrified by the February 20 attack by a gunman on two shisha bars in the German town of Hanau, which killed nine people and injured six, many of them Kurds and Muslims, all of them migrants.

We also note that the killer’s online manifesto indicated that he was motivated by vicious hatred against Muslims and Jews, among others.

The Hanau attack is reminiscent of the killings on October 9 in Halle, Germany. In that incident, a gunman approached a synagogue on Yom Kippur (the holiest day in the Hebrew calendar.) Frustrated at finding the doors locked, he shot and killed a woman pedestrian outside and then went to a nearby kebab shop, where he shot and killed a man.

“One of the lessons we are learning is that we are all in this together. The way to fight hatred is by uniting together.”

We note that Jewish institutional organizations have been strongly promoting the International Holocaust Remembrance Alliance’s Working Definition of Antisemitism (IHRA-WDA), which fails to identify antisemitism as a form of racism or prejudice often linked with other expressions of hatred. In that definition, seven of the eleven examples are not animosity against Jews as Jews, but rather criticism of the State of Israel. A Bill to endorse the IHRA-WDA is currently before the Ontario legislature.

IJV has launched a national campaign against the IHRA-WDA, which includes putting forward our own definition of antisemitism as an alternative to the IHRA’s flawed definition. IJV’s definition of antisemitism states: “Privileging the efforts to combat discrimination against one…group, risks further marginalizing the other targeted groups, and undermines solidarity and cooperation among them in fighting their common enemies. Fighting and educating against antisemitism must therefore be part of a larger struggle against all group hatred and discrimination.”

IJV encourages fellow Jewish organizations to declare their solidarity with the victims of Hanau and Halle, intended and actual, and to join us in a united struggle against white supremacy and neo-fascism.