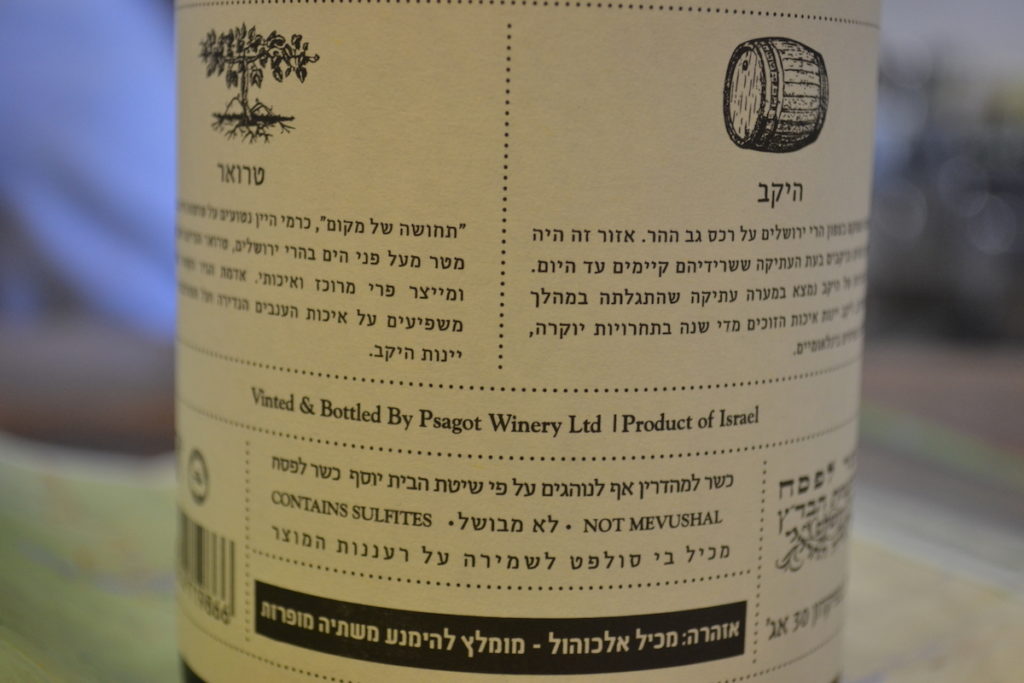 Ottawa, 9 September, 2019–Independent Jewish Voices Canada (IJV) is disappointed that the Attorney General of Canada has decided to appeal a recent Federal Court judgement which found that wines from Israel’s illegal West Bank settlements should not be labelled as “Product of Israel.”

IJV acted as an official intervenor in the case, Kattenburg v. Canada (Attorney General), arguing that accurate labelling is important to the full exercise of freedom of expression as entrenched in the Charter. Judge Anne Mactavish responded favourably to this argument, writing that “one peaceful way in which people can express their political views is through their purchasing decisions,” and that “to be able to express their views in this manner… consumers have to be provided with accurate information as to the source of the products in question.”

IJV had just sent a letter to Minister of Justice and Attorney General David Lametti on Friday urging him to resist pressure by Israeli government officials and pro-Israel lobby groups to appeal the ruling when it received the notice of appeal from the Attorney General’s lawyers. IJV’s letter followed similar pleas by Amnesty International Canada and the UN Special Rapporteur on the situation of human rights in the Palestinian Territory occupied since 1967.

IJV National Coordinator Corey Balsam was the affiant in the case, represented by lawyer and recent Order of Canada appointee Barb Jackman.

“Sadly, the appeal looks to be solely for political reasons–to appeal to certain voters and lobbyists–rather than to pose any legitimate challenges to the judge’s interpretation of Canadian law,” said Balsam. “By deciding to appeal, not only is the government betraying the rights of Canadian citizens to make conscientious decisions about the products they choose to consume, but it is defending Israel’s illegal settlement project in the West Bank.”

All parties involved in the case are in agreement that the West Bank is not part of Israel, and according to Canada’s own foreign policy, Israeli settlements are a clear violation of the Geneva Conventions, which have been incorporated into Canadian domestic law.

A large proportion of Jewish Canadians also stand opposed to the settlements. In a recent survey of Jews in Canada conducted by the Environics Institute, it was revealed that nearly three times more Canadian Jews believe that West Bank settlements hurt Israel’s security than believe the opposite, and that more than a third acknowledge that Israeli settlements in the West Bank are illegal under international law.

“We are confident Judge Mactavish’s decision will stand up to the appeal,” concluded Balsam.