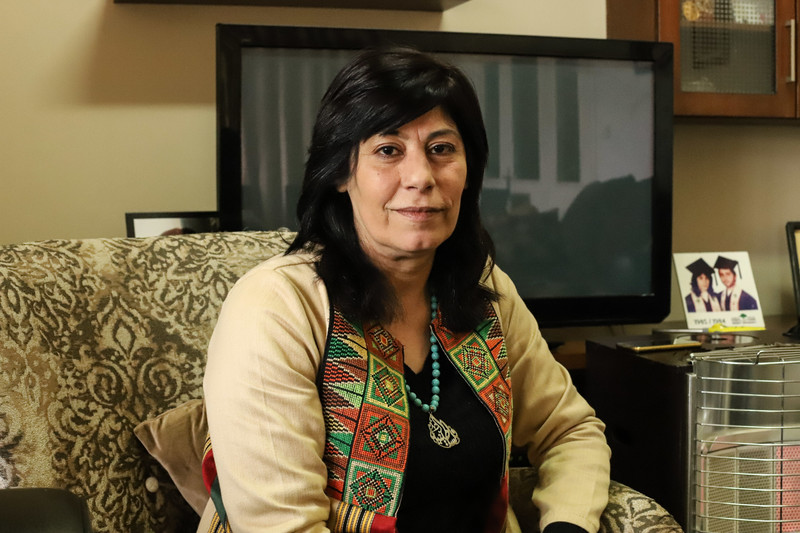 Jarrar was taken from her home near Ramallah in the middle of the night last week by dozens of armed Israeli soldiers and has been detained without charges ever since. She has been held both inside and outside the occupied West Bank, despite the fact that International law prohibits occupying powers from taking prisoners out of their own territory.

Jarrar had just been released earlier this year after being held by Israel for 20 months, similarly without any charges or trial.

Harden tweeted last Wednesday that he was “saddened, sickened and disgusted” by the continued abuse of Khalida Jarrar,” and called upon the Trudeau government to demand her immediate release. He has since come under attack by right-wing pro-Israel group B’nai Brith Canada.

“The perpetual detention of Jarrar is a perfect example of Israel’s undemocratic control over Palestinian lives, including those of their elected representatives,” said IJV member Rabbi David Mivasair. “It is preposterous that an organization that promotes itself as a defender of human rights would excuse such practices by the state of Israel and condemn those who speak out.”

IJV is in close contact with Jarrar’s daughter Yafa, a Canadian permanent resident and attorney living in Harden’s Ottawa riding. Yafa told IJV that Israel continues to target her mother because she “shatters its democratic image”:

“Mom is a feminist and a human rights defender. She dedicates her time as an elected representative and community leader to advocating for women’s rights and human rights. My mother exposing Israel in venues such as the International Criminal Court is why Israel wants her silent and absent.”

IJV joins Harden in calling on the Trudeau government to demand Jarrar’s immediate release and encourages Canadians across the country to contact their Members of Parliament about this important human rights issue.

“Our members across Canada look forward to a time when we can rely on our government to stand up for human rights defenders like Khalida Jarrar,” said Mivasair, “not to support their oppressors with silence.”