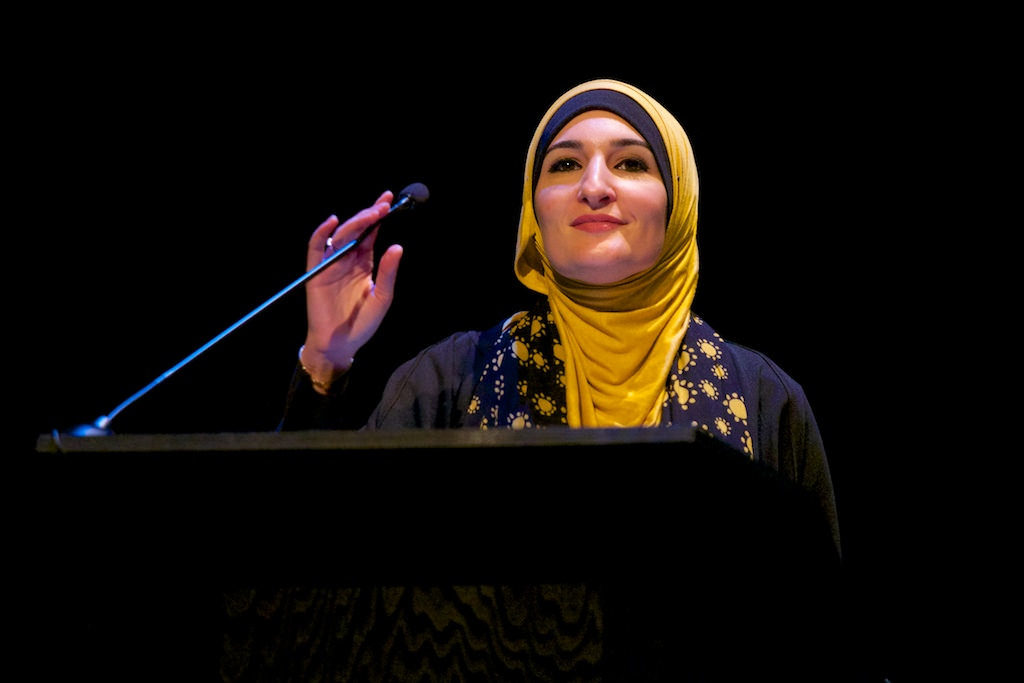 Such is the title of an event being hosted by the Social Planning Council of Winnipeg and the Canadian Muslim Women’s Institute of Winnipeg this Friday.

The event’s title took on extra significance after it came under attack late last month. First by right-wing Jewish organization B’nai Brith Canada. Then by the Winnipeg Jewish Federation. And now by none other than the Mayor of Winnipeg, Brian Bowman.

The issue: alleged antisemitism by one of the speakers, Palestinian-American activist and co-chair of the Women’s March, Linda Sarsour.

B’nai Brith first succeeded in getting the previous venue, Seven Oaks Performing Arts Centre, to cancel. Now, they and their friends, including the Mayor, are advocating for Sarsour to be dropped from the event lineup, which also includes journalist Nora Loreto and Director of Justice for the Southern Chiefs’ Organization, Chantell Barker.

On Tuesday, Mayor Bowman condemned Sarsour for attacking the “foundation of Israel’s right to exist”, suggesting this to be a sign of her “antisemitic views and hate”.

Memo to Mayor Bowman: Sarsour is a Palestinian whose land is currently being occupied and actively colonized by an Israeli state that discriminates against her by law. Is it any wonder why anyone, let alone a Palestinian, might challenge the nature of such a state? Advocating against harmful Israeli policies and for equality, as Sarsour does–be it through Boycott, Divestment and Sanctions or otherwise–is far from antisemitism. It is antiracism.

In a city plagued with racism, for the Mayor–who has campaigned on building bridges–to lend credibility to such an attempt at silencing a marginalized anti-racist voice like Sarsour’s, is beyond shameful.

Linda Sarsour is not an antisemite.She is a tireless advocate for justice for all, and–sorry* not sorry–that includes her fellow Palestinians. Sarsour has demonstrated a great deal of compassion for what she considers her Jewish family and has even helped to raise hundreds of thousands of dollars for Jewish communities targeted by hate crimes (an interfaith solidarity effort that Israel advocates shamelessly tried to undermine).

As with Angela Davis, Ilhan Omar, Marc Lamont Hill and so many others, Sarsour has simply become a target of efforts by pro-Israel lobby groups to shut down criticism of Israel, which have frequently focussed on people of colour.

So to the Mayor and all those who would silence Sarsour for speaking out against Israeli human rights abuses: sorry* not sorry. No one should have to apologize for fighting injustice.

What is sorry is using bogus charges of antisemitism to protect Israel from legitimate and well-deserved criticism.

Independent Jewish Voices Canada is proud to be part of a growing network of over 40 Jewish organizations around the world that staunchly oppose such efforts to equate criticism of Israel with antisemitism. Read our joint statement here.

To read an open letter to Mayor Bowman by Winnipeg-based human rights and peace organizations, including IJV-Winnipeg, click here.

Click here to purchase tickets for Friday’s event, which will now take place at the Ukrainian Labour Temple. If you don’t live in the Winnipeg area, or can’t attend, your ticket can be given to someone for whom the price of admission is a barrier. Security for the event will be provided by the much trusted and honoured Bear Clan Patrol.