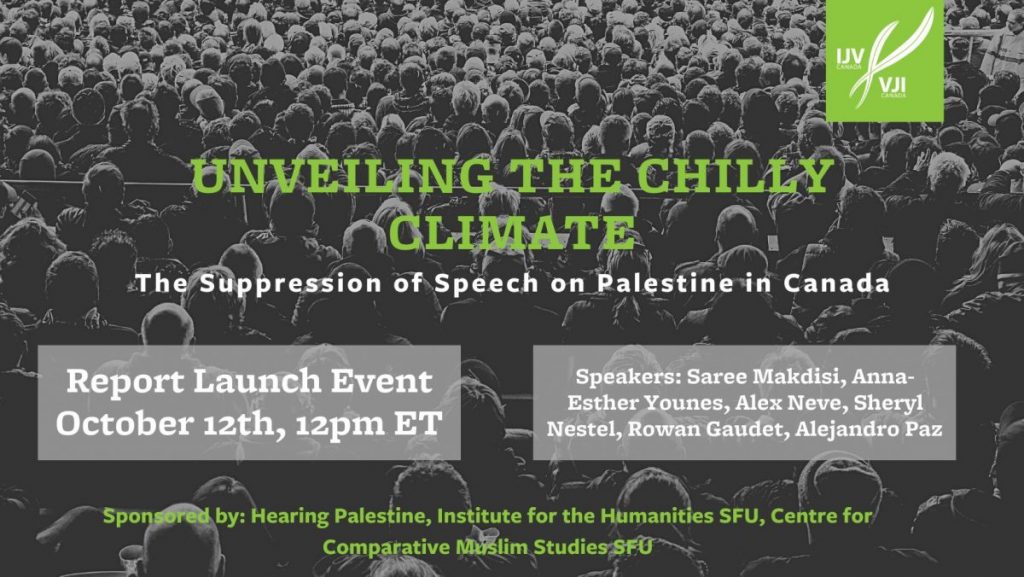 Join us for an online panel and report launch examining the weaponization of antisemitism and the suppression of speech on Palestine in Canada and around the world.

Prof. Saree Makdisi, Chair, Dept of English at UCLA, author of Tolerance is a Wasteland:  Palestine and the Culture of Denial (University of California Press, 2022).

Sheryl Nestel, PhD, and Rowan Gaudet, Co-authors Unveiling the Chilling Climate:  The Suppression of Speech on Palestine in Canada

Co-sponsored by Hearing Palestine UofT, the Institute for the Humanities at Simon Fraser University, and the Centre for Collaborative Muslim Studies (SFU)