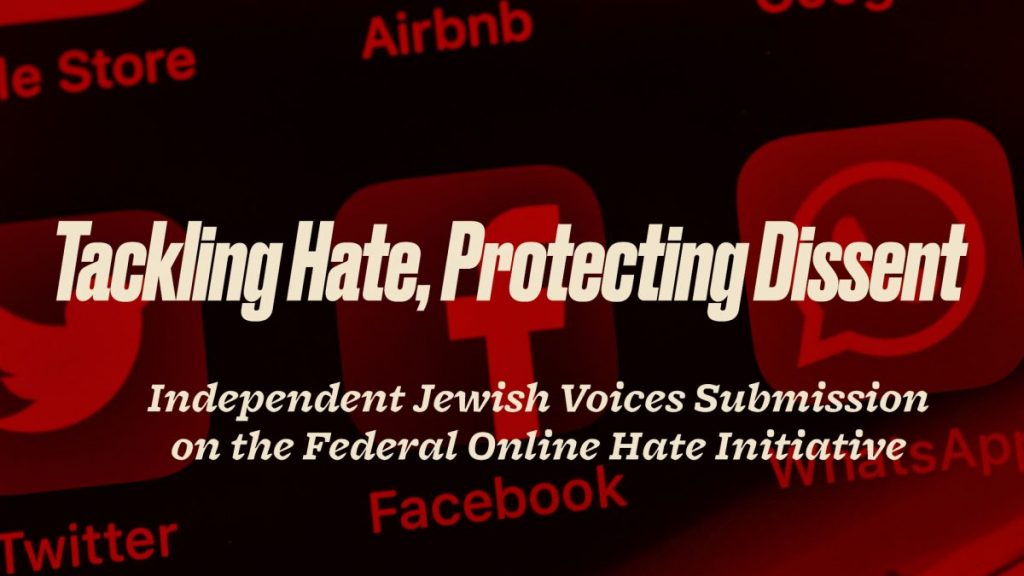 On August 14, 2020, Independent Jewish Voices Canada was invited to participate in a roundtable of Jewish organizations to discuss how the federal Ministry of Justice can go about combating online hate. The roundtable was organized by MP Arif Virani, Parliamentary Secretary to the Minister of Justice and Attorney General for Canada. Prime Minister Justin Trudeau has since promised to tackle online hate during his throne speech in September.

Unlike several other Jewish organizations who participated in the consultations, IJV argued for a robust strategy to combat online hate that does not include the flawed IHRA antisemitism definition.

IJV is fully supportive of a strategy to vigorously combat antisemitism and all other forms of online discrimination, but we urge the government to not do so by conflating antisemitism with legitimate political opinion related to Israel or Zionism. You can read our position paper on tackling online hate here.