United Against Islamophobia: Four Years After the QC Mosque Shooting 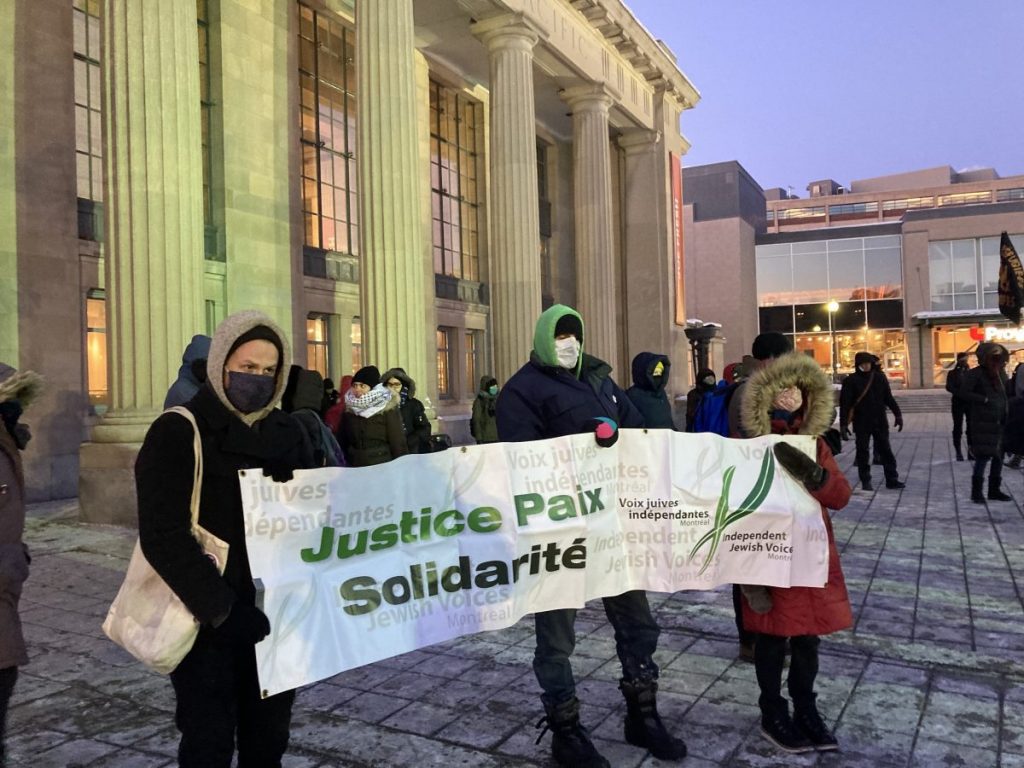 Several IJV chapters helped to organize or attended vigils across the country on Friday to mark the 4th anniversary of the Quebec City mosque shooting. Below is the text of a speech delivered at the Montreal vigil by two members of IJV.

We will always continue to stand beside our Muslim brothers and sisters until we end Islamophobia once and for all.

“We are here this evening representing Independent Jewish Voices, a national grassroots network grounded in the Jewish tradition that opposes all forms of racism and advocates for justice and peace for all in Israel-Palestine. Our communities were shaken to the core four years ago today, when a gunman killed six men in their place of worship. We remain shaken today, because we know that your pain is our pain.

The last few years have seen a sharp increase in antisemitism. Just a few weeks ago, a synagogue right here in Montreal was defaced with swastikas. But what pains us even more is to know that those who hate us for being Jews are often the same people who hate Muslims for being Muslims. We stand with you today because hate begets more hate, but solidarity begets love.

We were heartened as a Jews when Muslim communities showed up for us after the horrible Tree of Life synagogue shooting in Pittsburgh in 2018. In the same way, we pledge to keep showing up for our Muslim sisters and brothers until we can all be safe in our neighbourhoods, homes, and places of worship.

Two days ago, we observed the International Holocaust Remembrance Day, and we carry with us the powerful lesson from the Shoah: never again means never again for anyone. We will continue coming together as Jews, Muslims, Palestinians, Arabs, and people of all races and genders, until we finally stop fascism, Islamophobia, and antisemitism once and for all. Your fight is our fight, and together we will build a world of safety and unity.”

Coverage from Quebec City (in French)