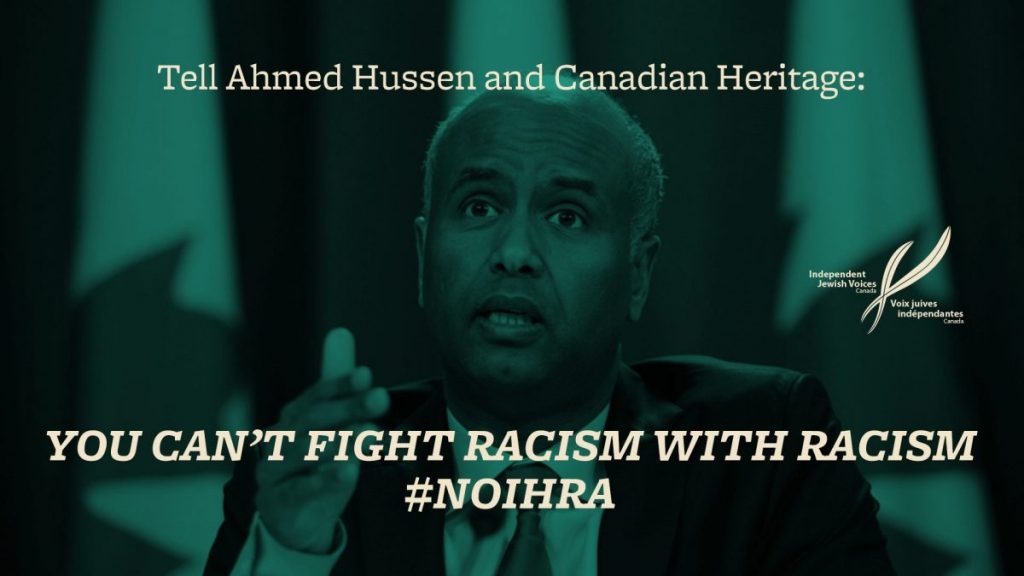 As detailed in recently released reports–Unveiling the Chilly Climate: The Suppression of Speech on Palestine in Canada and Anti-Palestinian Racism: Naming Framing and Manifestations–the IHRA definition has a terrible track record of reinforcing, rather than fighting, racism.

Both a shield to defend Israel from criticism and a weapon to silence Israel’s critics, the IHRA definition threatens the very anti-racism work that Canadian Heritage is mandated to promote.

If the measure is implemented, it would signal the most significant application of the IHRA definition in Canada to date and constitute an egregious assault on Palestinian, Arab and Muslim communities, not to mention the rights of all Canadians to speak out in defence of human rights and against racism.

Send a letter to Minister Hussen now telling him you can’t fight racism with racism.

NO to requiring grant recipients to uphold IHRA!