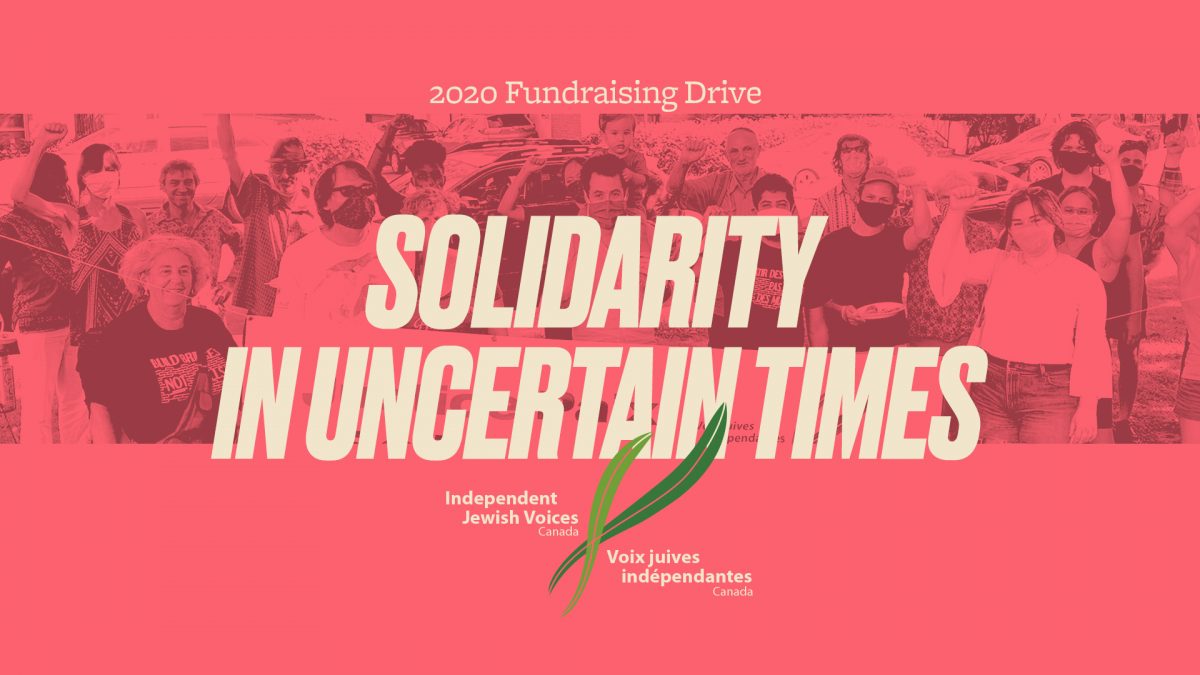 Click here to donate to IJV today What can we say about 2020 that hasn't already been said? Pandemic, isolation, climate crises, and a white supremacist vying for the White House, again. We are indeed living through uncertain times. But through this uncertainty, our solidarity shines through. Independent Jewish Voices...
Read More 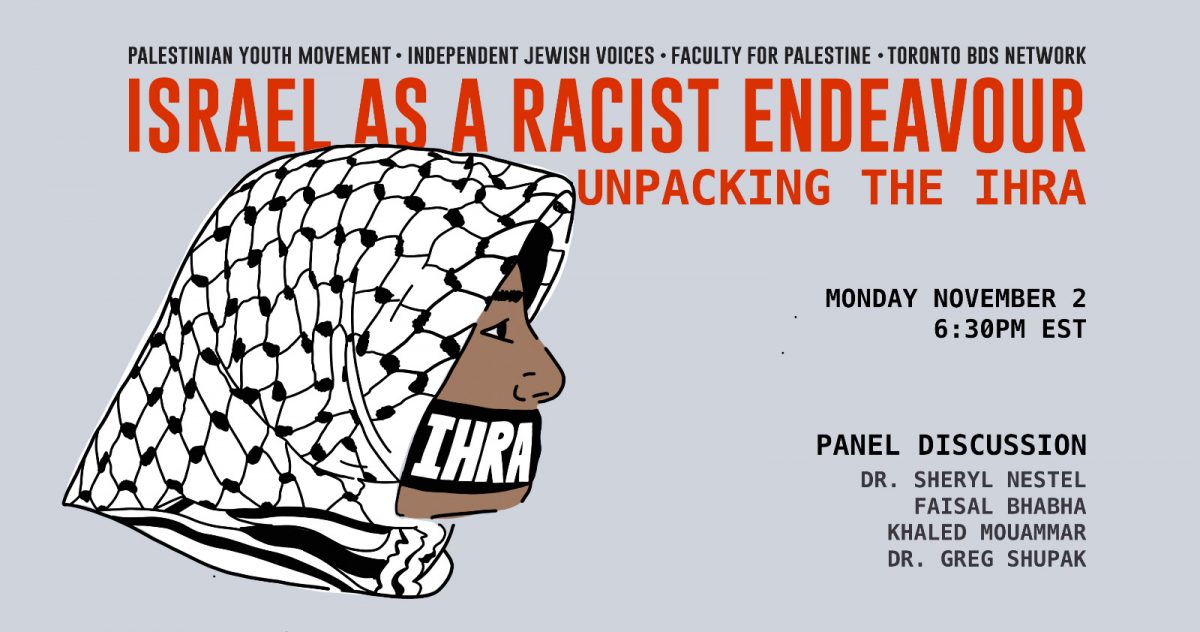 Israel as a Racist Endeavour: Unpacking the IHRA (Nov. 2 webinar)

Click here to register for this webinar As an urgent response to the threats to silence the voices of justice and advocacy for Palestine, the Palestinian Youth Movement, Independent Jewish Voices, Faculty for Palestine, and the Toronto BDS Network are pleased to welcome you to our joint educational panel discussion....
Read More 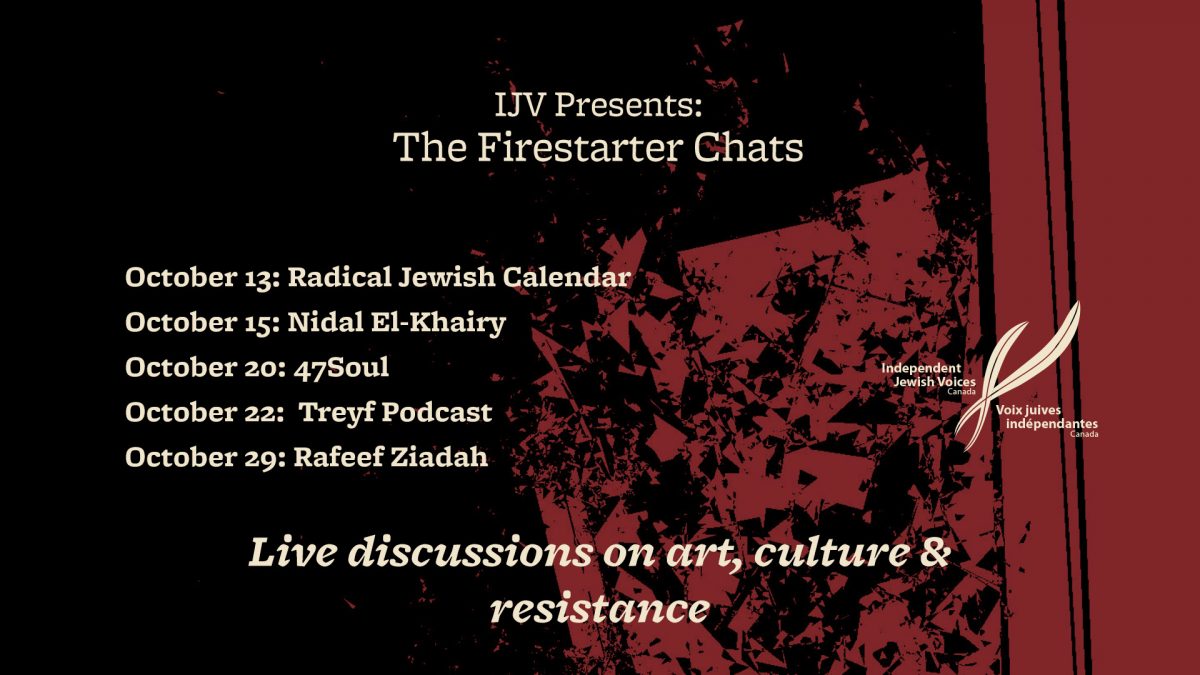 Join us as we head into an exciting fall event series! IJV’s Firestarter Chats will bring us into conversation with some of today’s most exciting voices – people from Turtle Island to Palestine (and beyond!) who are making sparks, and fanning the flames of freedom. Come hear from musicians, poets,...
Read More 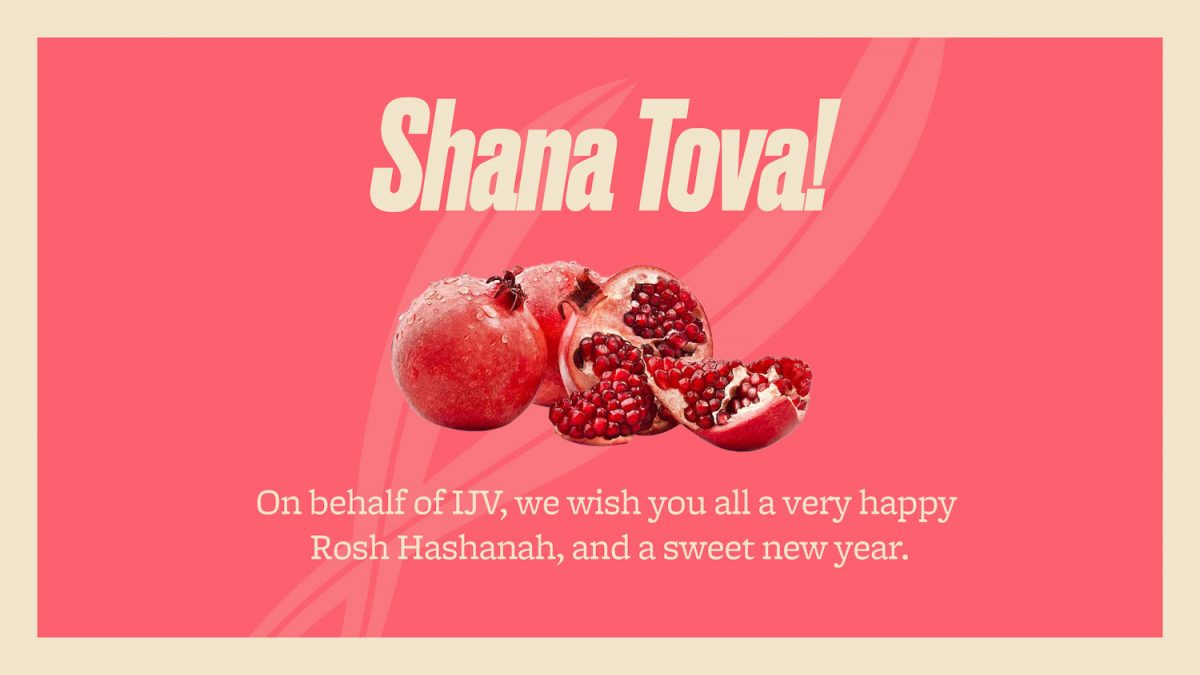 Dearest friends, The Jewish new year is upon us! I wanted to share some reflections on Rosh Hashanah, as well as several wonderful online resources for Zoom services and gatherings for anyone celebrating the high holidays. The essence of Rosh ha-Shanah is change – the ever-present, ever-renewing possibility of significant,...
Read More 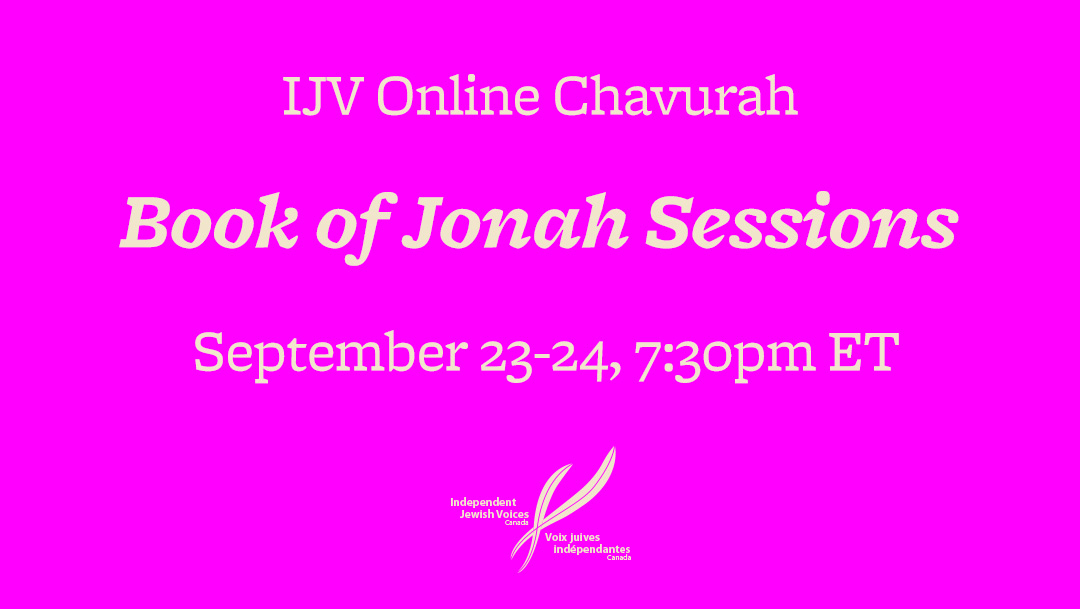 With the High Holidays fast approaching, there are plenty of opportunities to celebrate online. Be sure to come celebrate with IJV's online chavurah! IJV Online Chavurah's Book of Jonah session will take place on Wednesday, September 23 @7:30pm EDT. Everyone is welcome. Email pizarro.lucia[at]gmail.com to register (with "Book of Jonah session"...
Read More 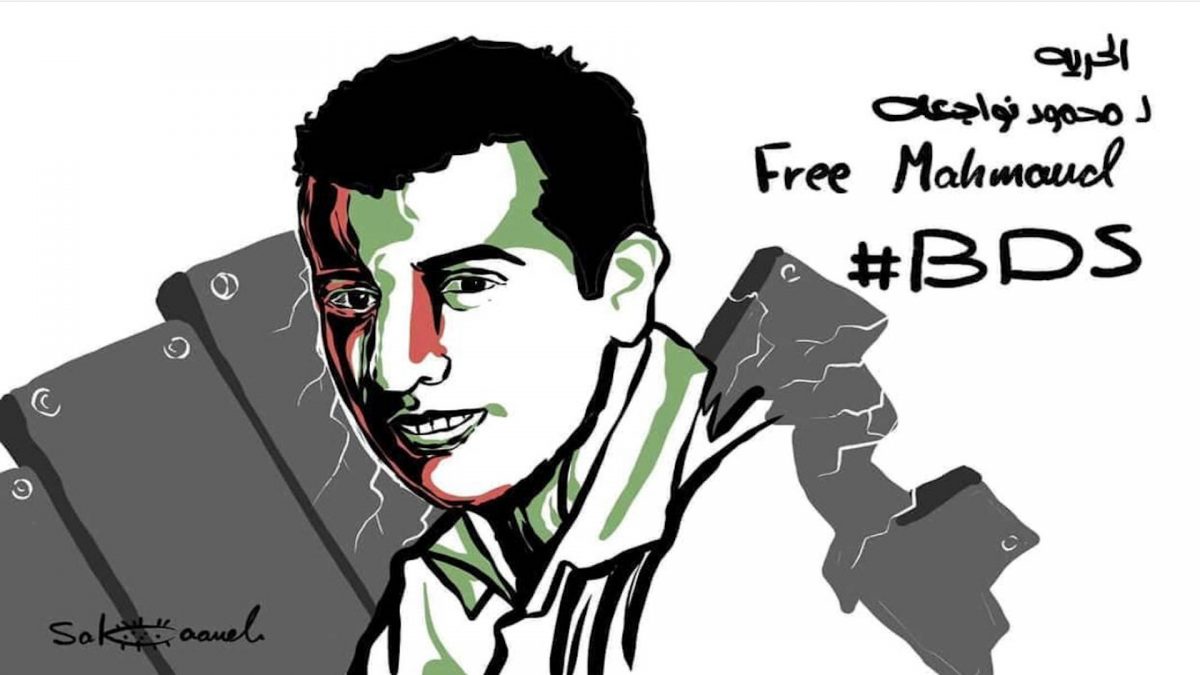 Independent Jewish Voices Canada strongly condemns the arrest of Mahmoud Nawajaa, the General Coordinator of the Palestinian BDS National Committee (BNC), during a night raid carried out by Israeli soldiers at Nawajaa's home near Ramallah on July 30th. According to the BNC, and bystander video taken of the incident, tens of...
Read More

Survey: Canadians Reject Efforts to Brand Criticism and Protest of Israel as Antisemitic

Stop the Pogroms Against the Mi’kmaq!

4 Reasons Why You Should Oppose the IHRA Definition of Antisemitism

IJV Firestarter Chats: In conversation with 47Soul
«
Prev
1
/
7
Next
»

The IHRA definition of antisemitism is designed to silence criticism of Israel and of Zionism by equating this criticism with antisemitism.

​#StopJNFCanada is a campaign to revoke JNF Canada’s charitable status and expose, challenge and stop the JNF’s discriminatory and harmful activities.

IJV has been building a movement of Jews in solidarity with the Palestinian people since 2008. And we count on the support of people like you to make it happen. Donate to IJV today and support us during our annual fundraising campaign: www.ijvcanada.org/donate

The pro-Israel playbook, laid out bare for the world to see (thanks, DisHonest Reporting!):
✅ Lobby to pass the flawed IHRA antisemitism definition
✅ Reassure the public that it isn't about silencing free speech on Israel
✅ Get angry when human rights groups criticize Israel and try to shut them up

We can imagine that B'nai Brith Canada will be pulling their hair out over this one, but will CIJA and JSpaceCanada, who also applauded the Ford government's anti-democratic Order in Council to adopt the IHRA, stand up for an open debate like they said they would?

Also, make sure you sign up for this fabulous webinar on November 2nd at 6:30pm EST! Israel as a Racist Endeavour: Unpacking the IHRA
#noIHRAJust two days after the Province of #Ontario adopted the International Holocaust Remembrance Alliance - IHRA Definition of #Antisemitism, a Professor from York University, Faisal Bhabha (already accused of antisemitism) and Greg Shupak, a Professor from the University of Guelph, are listed as panelists in a November 2 #antisemitic event which claims that the nation-state of the #Jewish people, #Israel, is a “#racist endeavour.”

Jeremy Corbyn suspended from the UK Labour Party for stating the obvious:
“One antisemite is one too many, but the scale of the problem was also dramatically overstated for political reasons by our opponents inside and outside the party, as well as by much of the media. That combination hurt Jewish people and must never be repeated.”

The Labour Party has suspended former leader Jeremy Corbyn pending investigation following his comments responding to the Equality and Human Rights Commission report that was...
View on Facebook
·Share