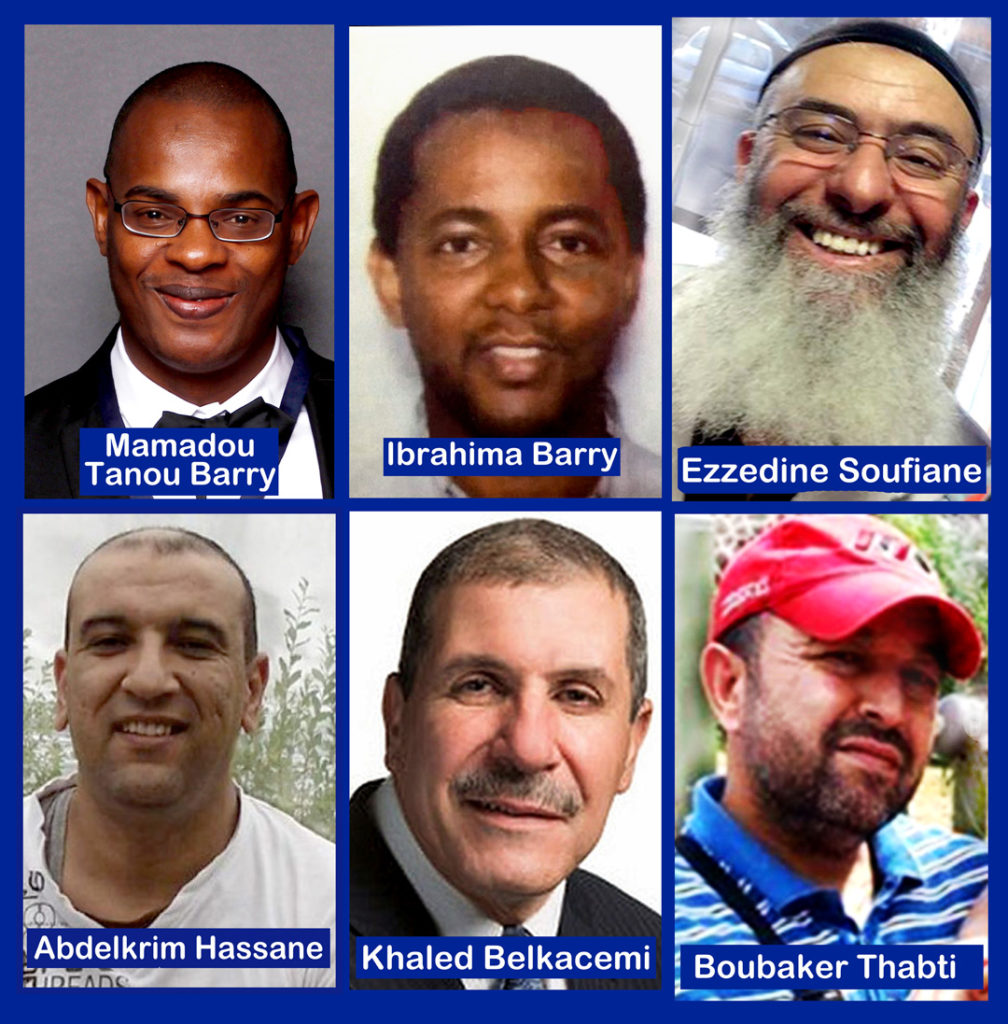 The terrible murder of six Muslim men of Quebec City, one year ago today, demands that we Quebecers speak out about what kind of society we want for all.

Azzeddine Soufiane, owner of a grocery store and butcher shop, married and father of three children;

Khaled Belkacemi, professor at the Faculty of Agricultural Science at Université Laval, married and father of two children;

Today we remember them and acknowledge what their loss means to their families and our communities.

We live in a society of different people that are dependent on each other, struggling to recognize our mutual humanity.

As Jews, we know what it means when an ethnic or racial group is targeted for hate. We recognize and support the sincere effort by our Muslim neighbours to be considered legitimate participating members of Québec society.

We continue to oppose the racism, the sexism, the economic exploitation and inequality, not forgetting the imperialist wars and the catastrophic climate change that are stressing our communities today.

We call out those who manipulate fear and ignorance to crush any attempt to heal our world: the white supremacists, Islamophobes and anti-Semites encouraged by cowardly intellectuals, unethical corporate media and opportunistic politicians.

We are inspired by the many Quebecers who are building bridges instead of walls. These are our values. We join the anti-racists, the peacemakers, the anti-fascists and others who refuse to hate, and who fight for economic justice. We are honoured to be part of a growing movement claiming solidarity among diverse peoples and the earth. This is our time and our future.

We commemorate the tragic anniversary of January 29th with our hearts and souls. By naming the denial and narrow-mindedness in our nation, we hope to honour the lives of Ibrahima, Mamadou, Khaled, Abdelkrim, Azzeddine and Aboubaker. We will not allow them to be dismissed from our collective memories. We will not forget the suffering of their families.