This Yom Kippur, We Call for Justice and Moral Accountability in our Jewish Communities 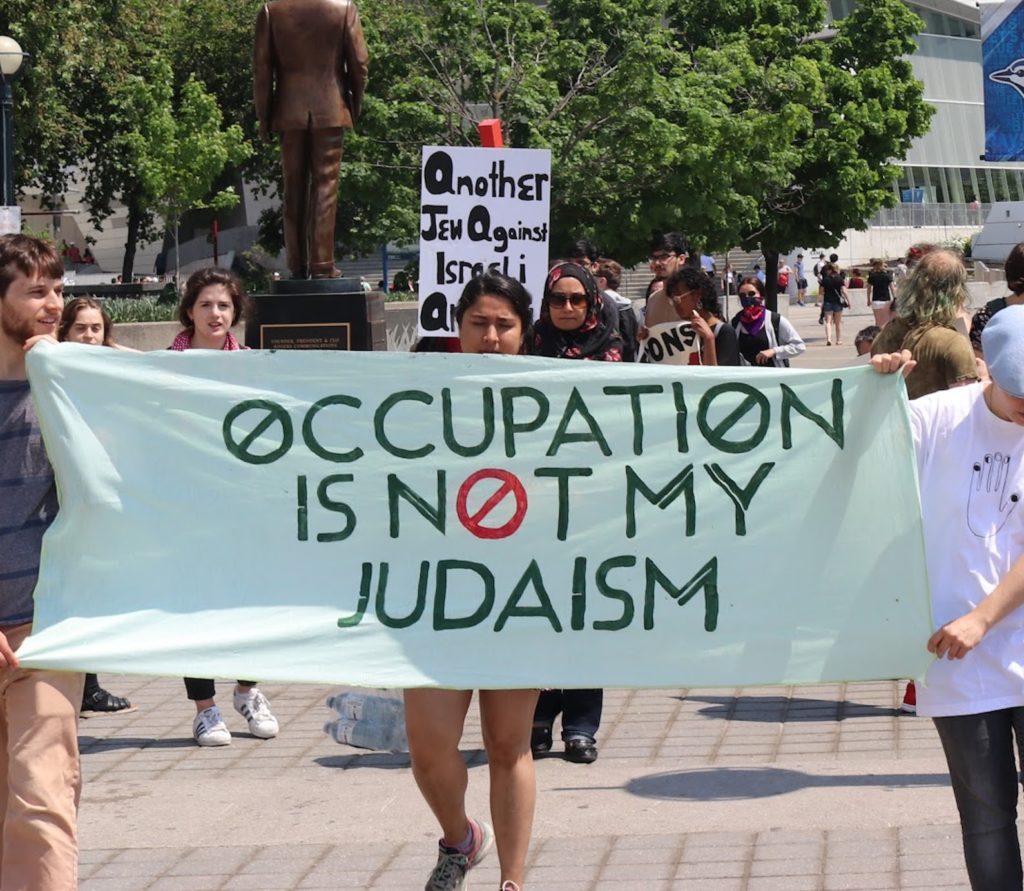 On Yom Kippur, Jews traditionally confess our sins in public. We confess in the plural, and we do so not only for our own sins, but for those of the community we live in and for those of the Jewish people as whole – for even if we did not personally commit each and every sin listed, we are responsible for not stopping our fellow Jews, and the Jewish community institutions that act in our name, from committing these sins.

This year as Jews worldwide recite the Al Het (list of sins) and the Vidui (confessional), let us consider some of the sins that have been committed in our name by people and institutions claiming to act on our behalf – namely the oppression, degradation, dispossession of and killing of Palestinians.

Every day during the Ten Days of Repentance, Independent Jewish Voices Canada and If Not Now-Toronto will post one sin that our community must rectify in the quest for justice and moral accountability- heshbon nefesh.

We are all culpable for the transgressions of our community

Jewish communities must make a choice. We must engage in the work of teshuva by facing the truth about Palestinian suffering and by recognizing our complicity and by ending our silence.

We have betrayed Jewish values by failing to acknowledge the humanity and rights of the Palestinians.

We have participated in the theft of Palestinian land by supporting the Jewish National Fund and the ever-expanding Israeli settlements.

We have slandered and defamed those with whom we don’t agree including Jews who oppose Israel’s violence and human rights abuses.

In our zeal to protect Israel, we have misused charges of antisemitism.

We have distorted and denied the truth about Israeli crimes against humanity and justified policies such as the withholding of water, medicine and basic necessities to the people of the West Bank and Gaza.

We have wrongfully exerted influence on Canadian institutions so as to prevent legitimate criticism of Israel’s treatment of Palestinians.

Despite mounting evidence that the occupation has become permanent, and despite the fact that Palestinians under occupation have no vote in the government that effectively rules them, we continue to claim that Israel is a democratic state.

We have caused others to stray from righteousness by miseducating our community and our children about Israel’s role in the Nakba and Palestinian suffering alongside the history of Jewish suffering.

May the spirit of justice guide us in the new year so that we may open our ears to truth, open our hearts to the oppressed, and speak our minds courageously in order to begin to stop our community’s complicity in oppression and suffering of the Palestinian people.

In this season of atonement, Jews must take an ethical stand: