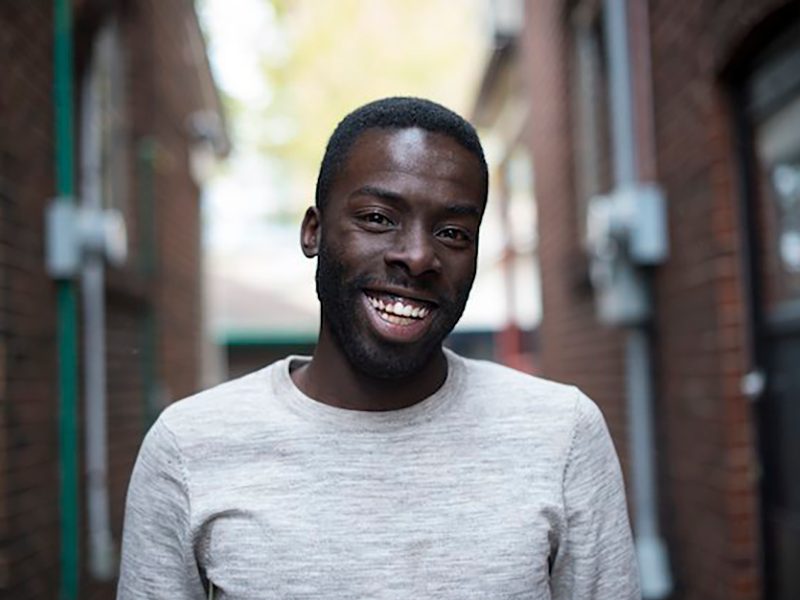 It takes real courage to stand up for freedom and justice when you know that you will be attacked in an attempt to silence you. Black author and activist Desmond Cole is someone who has consistently done this, speaking truth about power when it comes to police abuse and Black lives in Canada. In his recent address to an online meeting of teachers and administrators from the Toronto District School Board (TDSB), Cole spoke of the case of Javier Davila as an example of an educator being unfairly targeted for providing antiracist, anti-colonial materials to teachers. Davila had been providing anti-oppression material for over a decade but came under scrutiny when he released two packages of student resources on the conflict between Israelis and Palestinians.

Cole said he wanted to address “the bogyman in the room which is the occupation of Palestinian territories – which is illegal – by the state of Israel”. Speaking clearly, calmly and assuredly, he said, “I am an invited guest here today, so I can say ‘Free Palestine’.”

He pointed out that students, teachers and educators at the board now have such speech monitored.  Saying that, “this shouldn’t be so controversial”, Cole made the point that the theft of land and restrictions on free movement faced by Palestinians are similar to the situations faced by Indigenous peoples in this country. He further quoted Desmond Tutu that, “If you are neutral in a situation of injustice, then you have chosen the side of the oppressor.”

Almost immediately, Cole was accused of antisemitism and “completely erasing the Jewish perspective” by the Friends of the Simon Wiesenthal Centre, an organization which conflates most criticism of the modern state of Israel with antisemitism. This is based on the belief that Zionism, a political ideology started in Europe in the 1880s, is synonymous with Judaism, a group of cultures, languages and religious beliefs going back thousands of years.

Zionism held that it was not possible to overcome antisemitism in Europe except by creating a “national homeland” for Jews in Palestine and removing the Indigenous population by “transfer” or “spiriting them across the borders”. Such population transfer and ethnic cleansing were common among European colonial powers of the late 19th century but are now considered a crime against humanity.

Zionist militias and political groups came up with a systematic plan called Plan Dalet, for the infiltration and removal of Palestinians from the territory they wanted. It was ruthlessly carried out in 1947 – 1949. The orchestrated removal of the population that had lived continuously in the area for one thousand years is referred to as the Nakba, or ‘catastrophe’ for Palestinians. It has a complex relationship to the Nazi Holocaust of the Jews in Europe, but was not caused by it. Many Jews, including such luminaries as Albert Einstein and Hannah Arendt, never supported the brutal colonial Zionist enterprise.

Speaking as Jews and a Jewish organization, there is nothing antisemitic in criticizing the human rights abuses of the state of Israel; a state that was called out in April, 2021 of practicing  apartheid by Human Rights Watch.  Within the Toronto District School Board, a public board, with the diverse population of Toronto, it should be not just possible, but welcomed, to teach the truth about the history of both Jews and Palestinians; to teach about the Holocaust and to teach about the Nakba.

Jews – coming from communities who have survived the historic trauma of discrimination, pogroms and genocide –  should treat Palestinians as they themselves have wanted to be treated, as they want to be treated now as they confront bigotry. There is a long tradition among Canadian Jews of support for all oppressed peoples, of leading in struggles for labour union rights, women’s rights and in solidarity with racialized peoples for a more egalitarian society. In this tradition, we speak out now that the freedom and safety of one group of people cannot come with the dehumanization, subjugation, and destruction of another group.

There is a problem in the Jewish communities of Toronto and across Canada, that a few organizations that express the most intolerant views among Canadian Jews present themselves as speaking for all Jews in Canada. If there is a “consensus” among Jews in Canada on Israel and Palestine, it is that criticism of Israeli government policy is not necessarily antisemitic, as revealed by a 2018 EKOS poll.

In light of all this, we – as Jews – support Desmond Cole in his statements on freedom for Palestine and Palestinians, acknowledging that their freedom and acquisition of full human and civil rights will not take away such rights from Jewish Israelis. However, it will mean that Jewish Israelis will have to relinquish their positions of privilege in society, their inflated military policing and brutal control.

We see this as positive and connected to the struggles for Black Lives and Truth and Reconciliation in Canada.