The Canadian Jewish community does NOT support Israeli aggression 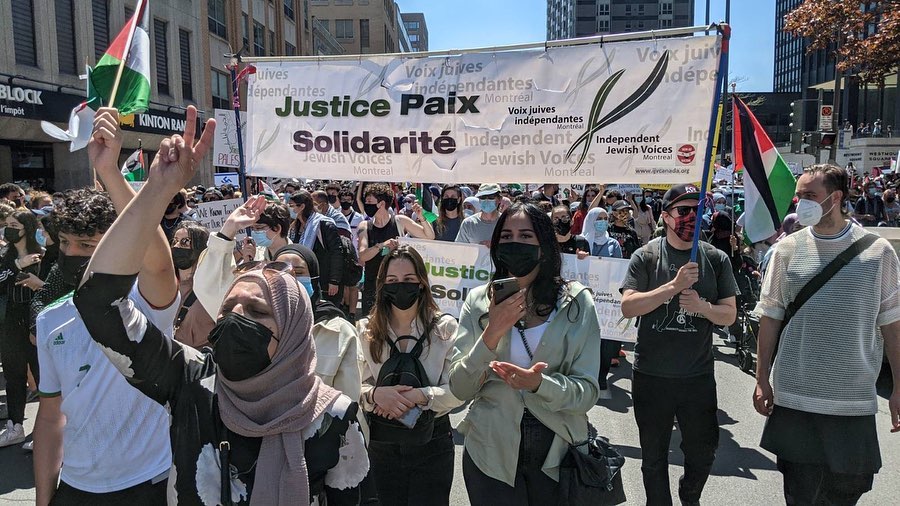 Canada’s three political Jewish establishment groups would have us believe that Canadian Jews stand behind the recent Israeli aggression in Gaza and the West Bank. But the truth is quite different.

As usual, a statement from B’nai Brith Canada (BBC), Friends of the Simon Wiesenthal Centre (FSWC) and the Centre for Israel and Jewish Affairs (CIJA), is remarkable more for what it does not say than for what it does say.

Desperate to rally dwindling support for Israel, the statement, entitled “The Jewish Community of Canada Stands with the People of Israel as They Remain Under Assault from Rocket Fire,” focuses on one aspect of the current unrest only: the firing of rockets at Israel from Gaza and the seven Israelis killed (as of 4 pm EDT Thursday, May 13.)

Here are some important things that statement omits:

Canadian Jews are justifiably horrified at the above aggression by the Israeli government, armed personnel and some citizens.

Independent Jewish Voices Canada, which opposes Israeli occupation and apartheid and promotes a just peace, speaks for those tens of thousands of Jewish Canadians.

We know that the 400,000-strong Canadian Jewish community is seriously divided on the issue of Israel’s treatment of Palestinians. A 2018 EKOS poll of Canadian Jews indicates that:

As Canadians and others in the world grow increasingly exasperated with Israel’s aggression and impunity, BBC, FSWC and CIJA should be very careful about claiming that Canadian Jews are less concerned.