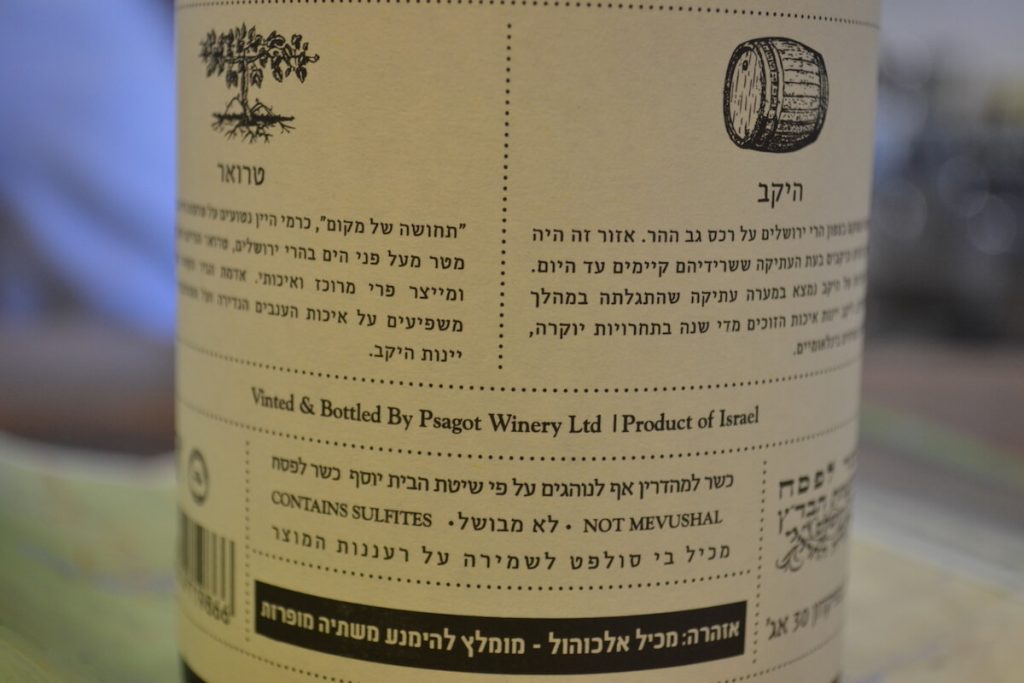 May 7, 2021 – On Wednesday, the Federal Court of Appeal ruled that a federal agency’s reasoning for permitting wines from Israel’s illegal West Bank settlements to be labelled “Product of Israel” was deficient, sending the issue back to the Canadian Food Inspection Agency for further study and justification. This ruling comes after a landmark 2019 Federal Court decision said that these labels were “false, misleading and deceptive”, a decision that the Attorney General of Canada had appealed and sought to have quashed.

Independent Jewish Voices Canada is now calling on the CFIA to make the right decision and bar “Product of Israel” labels on Israeli settlement products once and for all.

IJV acted as an official intervenor in the 2019 case, having brought forward arguments about the importance of accurate country labelling for one’s ability to make conscientious consumer choices–including engaging in boycott campaigns–which Federal Court Justice Anne Mactavish agreed with in her decision.

In his reasoning Wednesday, Chief Justice Marc Noël did not argue with the substance of the arguments made by Federal Court Justice Anne Mactavish, but rather emphasized that it is the Complaints and Appeals Office (CAO) of the CFIA that is the appropropriate venue for examining the various facets of this case.

The CFIA had originally engaged in a thorough investigation of the issue and concluded that settlement wines should not be labelled “Product of Israel.” However, it later reversed its decision under pressure from the Israeli government and several Canadian politicians and bureaucrats, citing the Canada-Israel Free Trade Agreement (CIFTA). In his ruling, Noël questioned the CFIA’s reliance on CIFTA in determining a labelling issue and encouraged it to accept submissions from the various parties concerned.

“It’s certainly frustrating to see this important case thrown back to where it started after four years in the courts,” said Corey Balsam, IJV’s National Coordinator and affiant in the 2019 Kattenburg case. “But we remain cautiously optimistic that the CFIA will do the right thing and revert to its original decision to prohibit the deceptive mislabelling of Israeli settlement wines as products of Israel.”

This ruling comes only weeks after the federal NDP passed a motion at its most recent party convention to end all trade and economic cooperation with illegal Israeli settlements and suspend all bilateral arms trading with Israel. It also comes shortly after Human Rights Watch released a pivotal report accusing Israel of the crimes against humanity of apartheid and persecution.